The Cranfield Indonesian Scholars Community (CRISCOM), held the second research training event at Cranfield campus on 6 and 7 May for young Indonesian researchers and doctoral students studying in the UK.

Following the success of the inaugural event last year, CRISCOM once again hosted the event which is sponsored by the Embassy of the Republic of Indonesia, London, Bank Indonesia, Binus University, Jakarta and Cranfield University.

Mr Satya Widya Yudha, Vice Chairman of Commission VII of the House of Representatives of the Republic of Indonesia and Mr Dino Kusnadi, Interim Education Attaché were welcomed to Cranfield by Professor Tom Stephenson, Pro-Vice Chancellor, Research and Innovation.

In his opening remarks Mr Kusnadi thanked CRISCOM for pioneering this event, and added that since the workshop was launched last year, there have been many similar events emerging, demonstrating that Indonesian students and researchers are very enthusiastic in sharing their expertise and experience with others. He also emphasised the importance of transferable skills and the need for a closer link between universities and the research world.

The group toured facilities at the University including the Centre for Innovative Manufacturing in Ultra-precision. Mr Yudha, as Vice Chairman oversees energy, mineral resources, environment and research and technology, and showed his interest in the hi-tech machines and components exhibited, saying: “This is a truly world class facility and Cranfield clearly demonstrates its niche to remain competitive amongst other traditional universities such as Cambridge and Oxford.”

“The workshop is unique. Not only does it allow networking around their own research topics, it also equips the participants with academic writing, presentation skills and is an avenue for academic discussions amongst Indonesian researchers”, explained Dr Benny Tjahjono, a Senior Lecturer at Cranfield School of Management who coordinated the workshop. The workshop featured keynote speeches by Mr Satya Yudha, Prof David Denyer and a series of topical research talks and tutorials by Saryani Asmayawati, Windo Hutarabarat and Benny Tjahjono.

Syahrul Hidayat, an academic from Exeter who also joined the workshop said: “The workshop is a great event for learning and networking. I highly recommend this for all postgraduate students in the UK especially those who have just arrived from Indonesia.” 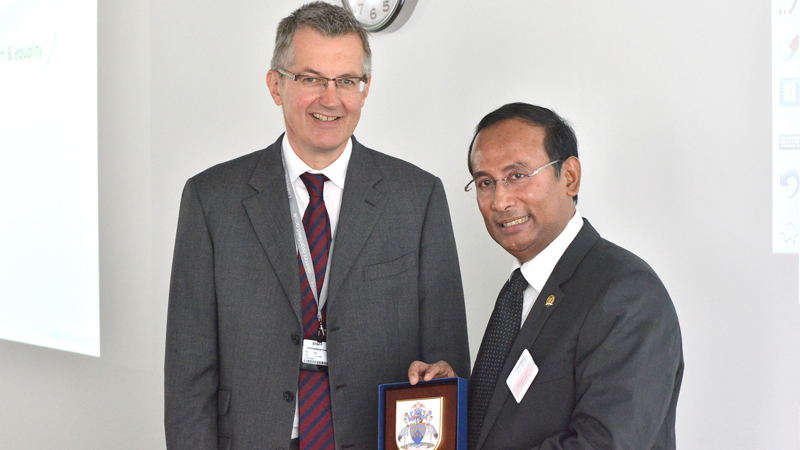 CRISCOM (Cranfield Indonesian Scholars Community) is a community of Indonesian students and staff at Cranfield University. CRISCOM actively involves in various academic affairs such as weekly research seminars, also known as ‘Kamisan’, and other social and sporting activities