Working with Jaguar Land Rover on the electric evolution

We were part of a consortium which designed and developed hybrid electric and battery electric research vehicles based on Jaguar Land Rover’s acclaimed Range Rover in a bid to reduce CO2 emissions and improve the vehicle’s performance.

We were part of a consortium, led by Jaguar Land Rover, designing and developing innovative technologies in the field of vehicle electrification with a capability to make significant improvement in the performance of hybrid electric and fully electric vehicles, making them fun to drive.

In partnership with Jaguar Land Rover and Delta Motorsport, we led the development of brake control algorithms to maximise energy recuperation by blending hydraulic and electric brake systems. This was as well as developing torque vectoring control systems to enhance the handling performance of the vehicle by transferring brake / traction torque between front and rear axles and / or individual wheels.

Jaguar Land Rover has been running a multi-billion pound programme since 2008 to reduce its CO2 footprint while ensuring its cars retained their luxury, performance, refinement and comfort. Having cut its CO2 emissions by 25% since 2007, it has been researching a range of technologies including battery electric vehicles and plug-ins to reduce this further.

The Evoque_e project was looking at a host of technologies including innovative hybrid and electric propulsion systems, integrated structures, power electronics, electric drives and energy optimisation.

In addition, we were actively involved in the control system implementation on different vehicle platforms, developing a flexible interface for our control algorithms. We also provided our expertise in vehicle instrumentation with GPS and inertial measurement sensors and planning of vehicle testing sessions. 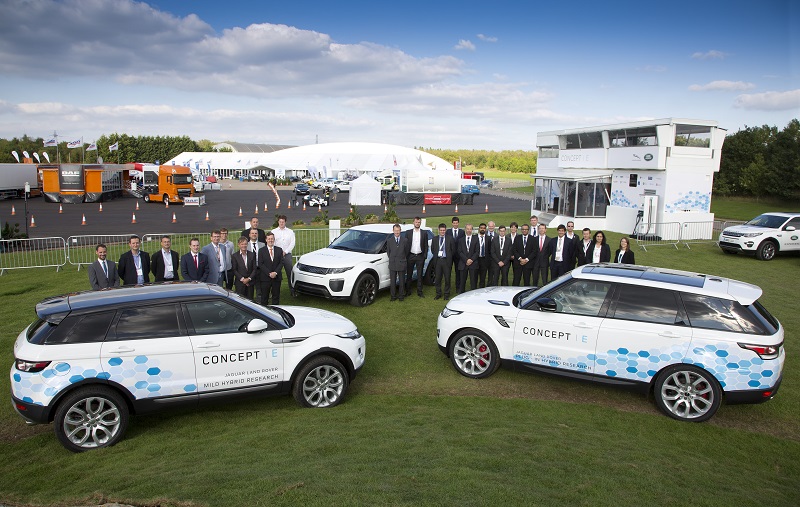 Within the Evoque_e project, we expanded our Hardware-in-the-Loop simulation facility. This is now capable of supporting active chassis (steering and brakes), driver assist and electric powertrain control system development. 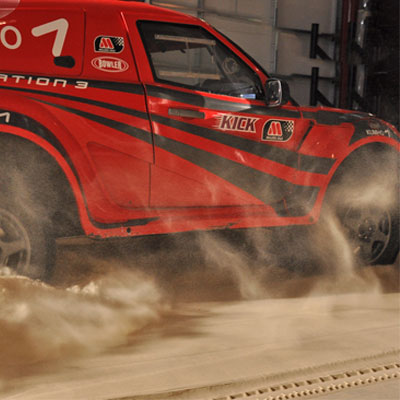