Modwenna Rees-Mogg: How to Raise Money to Fund Your Venture

The Bettany Centre’s 2019 series of mid-week evening talks got off to a flying start on Wednesday 13th February.  Our invited speaker was Modwenna Rees-Mogg, Cranfield Visiting Fellow and a frequent visitor to campus.

Following a career in corporate finance, in 2003 Modwenna founded her own online media and live events company.  Starting with £1,000 and working from her front room, she has grown the business into the UK’s leading information provider and commentator on the business angel market.  She writes extensively on early-stage venture funding and is currently working on her second book on business angels.

As a business founder herself, Modwenna has a deep understanding of the perspectives of both entrepreneurs and investors.  In front of a packed lecture theatre of potential start-ups, she mapped the landscape of early-stage sources of finance and explained what types of venture attract different types of investor.

With contributions from the audience, she began by appraising what makes a successful – and, more to the point, investable – entrepreneur.  Many of these qualities, such as the ability to inspire, to attract and motivate a team, knowledge of their own limitations and having an idea that can be scaled, are well known.  Other characteristics Modwenna has observed are not so widely recognised.  “Slightly psychopathic”, that is a readiness to break the rules and challenge convention, is one attribute she has identified.  Not all conform to the stereotype of the flamboyant extrovert, either: the main characteristic of some of the most successful is their quiet, reserved determination.  Above all, though, start-ups must be willing to put everything on the line, and demonstrate this to investors.

That last point led into the first option of external funding, once founders had exhausted the possibilities of raising money from friends and family.  If the lead entrepreneur has assets, he or she can approach a lender and offer those assets, typically property, as security against a loan.  The great advantage of going for debt finance is that no equity in the business is surrendered.  Dyson, for example, is still wholly owned by the family and Sir James Dyson is today one of Britain’s wealthiest men.  The downside is that if the venture fails, the bank will take the keys to your house!  A lender is seeking not just to secure the debt, but to see how committed the founder is: if the entrepreneur does not believe 100% in the idea, why should the bank?

The alternative route is equity finance.  The good news is that options have broadened in recent years, as new “challenger” funders have entered the market.  Modwenna walked through the three main types, what each is looking for, and the value they can add.

First, and often the best route for very early-stage ventures, are business angels: high net-worth individuals who are prepared to risk their own capital in return for a stake.  These are frequently themselves ex-entrepreneurs who have sold up and now return to the game in a different role.  They invest to have fun, and they tend to like technology ventures which are based on some sort of protectable IP.   Such investing is a high-risk business, however.  Most ventures fail, and so angels tend to spread their risks by having a portfolio of investments.  The shooting stars pay for the rest and a good long-term angel return would be 17-18%.   Strong personal chemistry between the angel and the founder/founding team is also important: a good angel will bring a network of contacts and industry expertise that can be as valuable as the money they put in.  They expect to be listened to!

If you’re prepared to give up equity, the second option is venture capital – VCs, who raise investment funds from other, bigger businesses, such as insurance companies.  Investing is their business, not a hobby, and they should also add value to the business through their contacts and experience.  In Modwenna’s view, securing VC finance has two big advantages.  They have the firepower to invest bigger amounts than angels can, and they have expertise in selling businesses or raising further rounds of capital.  This is a necessity, since the funds they raise are time-limited, and their own investors will expect their returns when the time is up.  This creates its own downside, of course, as the clock is ticking from the day that a deal is agreed.

Option three is crowd-funding.   This source of finance is still relatively young.  It emerged in the US in the wake of the financial crash of 2008 and soon after crossed the Atlantic.  Large numbers of people invest small amounts of money via online platforms like Kickstarter and Crowdfunder,  which showcase investment opportunities for the general public.  The ventures that are most likely to obtain funding through this route are those that target consumers, rather than  B2B.  People willing to risk £20 or £30 for a tiny share of the business are probably already familiar with the brand as early adopters, and so feel an existing degree of trust and affiliation with it.  For the investor it’s low-risk, but the business has to maintain communications with a large pool of shareholders.   Because crowdfunding is still a fairly new phenomenon, there’s little data available on success rates.   The evidence so far is that most attempts at raising the equity sought do not succeed.  Modwenna pointed out as well that divesting yourself of the shares can be difficult and the transaction costs can be as high as the value of the actual investment.  As time goes on and this becomes more apparent, crowdfunding may well prove less attractive.  People will be deterred from putting money in except for reasons of sentiment or to support a good cause.

In the lifecycle of a business, all these and other sources of finance could be used to power a company’s growth.  But throughout her talk, Modwenna emphasised one basic point.  Investors put their money into the person or people behind the venture just as much as the actual business.   Building trust is therefore vital, wherever you get your money from.

Her talk provoked a lively discussion and a stream of questions, as the audience took the opportunity to tap Modwenna’s knowledge and experience.   No doubt she’ll soon be back by popular demand!

Modwenna’s presentation was the first in the 2019 series of Wednesday Business Enterprise Talks at Cranfield University, hosted by the Bettany Centre for Entrepreneurship.  View the remaining Q1 2019 programme here. 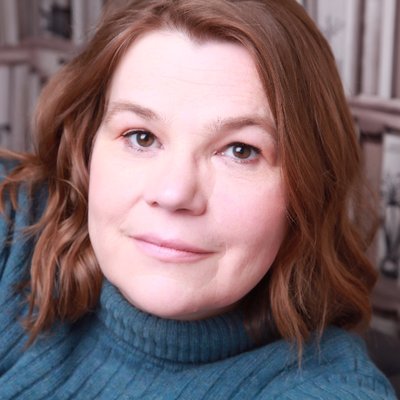