Jon Thornes MBE is the founder and owner of one of the most successful businesses you’ve almost certainly never heard of. And, unlike most entrepreneurs, he’s very happy with that. From his appearance, however, you might guess what industry he works in. The clue is in the colourful collection of ties featuring cows, which he wears at every opportunity.

Jon has spent his professional life in the dairy sector.  He grew up on a dairy farm and after agricultural college worked his way up through the industry in a variety of roles.  He knows it inside out and, if asked, he’d tell you that milk, not blood, runs through his veins.  Not surprisingly, the first lesson he had to share with a packed audience of Cranfield masters’ students on Wednesday 21st November was the value of deep industry knowledge.  The second was that the employers he worked for in his early career paid for his mistakes.   Whether you work for yourself or others, you will make mistakes, he told a hall full of active and aspiring business founders.  Embrace the fact.  That’s how you learn, and move on.

Since childhood Jon had a succession of small entrepreneurial activities on the side.  The big opportunity came in his thirties when his employer was approached by a potential customer to provide milk for schools.  His firm declined the contract as it didn’t fit with their business model but Jon was convinced that an entrepreneurial approach would work.  He came home, told his wife he’d resigned and for the next twelve months they worked every hour they could to make a success of the new venture.    The contract was to supply schools within a local authority close to their home in Lincolnshire.  Jon was confident that he could make it work because it required very little capital investment or working capital.  His firm supplied the schools with fridges, farmers delivered directly to each school and parents paid in advance.  That philosophy of tying up minimal amounts of cash has sustained the growth of the business – Jon has replicated the model to become one of the biggest suppliers of school milk in the UK.   It’s a profitable niche business in a notoriously volatile industry and maintaining a low profile has minimised attention from potential competitors.

By the mid-2000s, ten year after start-up, Jon knew he had a good business.  But being Jon, he wanted a great business.   Based in a remote rural area, he realised the opportunities to access new ideas was limited and so in in 2006 he enrolled on the Business Growth Programme at Cranfield.  Within a fortnight, thanks to new thinking and ways of looking at the business, he had recouped the entire programme fee of £8,000 – not just a one-off saving, but a cost reduction of £8,000 every week.  By the end of the programme he also concluded that the major obstacle to growth was himself.   “I went in search of people who were better than me, who really enjoyed daily operations, and improving the business every week.  You can do the same,” he tells the audience.   Gradually he changed his role from CEO to Executive and then non-Executive Chairman.  And it’s worked - today the Cool Milk group of companies turns over roughly £50 million.

It’s not been an entirely smooth ride.  Taking the model into other European countries has had its challenges, given inevitable differences in cultures, regulations and supply chain infrastructure.   But the overall success of Cool Milk has enabled Jon to follow his other passions, notably philanthropy and the sponsorship of a motorcross team.  In 2010 he was awarded the MBE for services to his local community, of which he is enormously proud and he sets aside a significant chunk of time every year to help and encourage entrepreneurship at Cranfield.  Since his own experiences twelve years ago, he is a total convert to the value of management development.   He generously supports the Bettany Centre seed fund that enables budding founders to get started and has made investments in a number of individual ventures.

Finally, he outlined what he modestly describes as his retirement project.  Earlier this year he and his wife acquired a semi-derelict country estate close to their home, which he plans to rejuvenate, attracting the next generation of rural entrepreneurs wishing to live and work in the Lincolnshire countryside.  His vision includes a brewery supplied by malt grown on the estate’s farms, a gin distillery, cafes, farmshops, accommodation for weekend retreats, the list just goes on.  How long will it take?  Jon smiles.  “I don’t know.  Maybe twenty, thirty years.”

The man is unstoppable.

Jon’s presentation was part of a series of Wednesday Business Enterprise Talks at Cranfield University, hosted by the Bettany Centre for Entrepreneurship.  View the current programme. 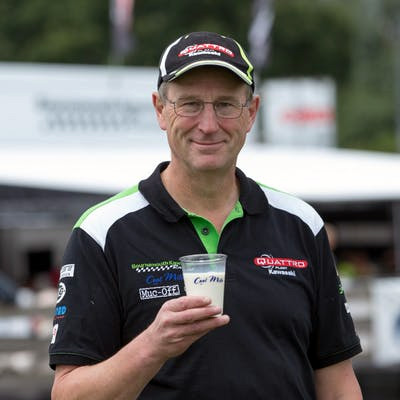