“If leaders consciously develop their superpowers they can become good, or even great, leaders.”

Zak Hydari took his MBA at Cranfield in 2004 and received the Distinguished Alumnus Award in 2018. He is an entrepreneur and investor with over 20 years’ experience in private equity, mergers and acquisitions, special situations and business turnarounds. Today he is Chief Executive of The Rasmala Group, a leading independent alternative investment firm operating in global markets since 1999.

On Thursday 25 February, he joined us as our third guest entrepreneur in the Bettany Centre’s 2021 speaker series.

Zak was with us to share his journey as an entrepreneur and to challenge some of the traditional wisdom about what it takes to be a successful leader. His audience largely agreed with Zak’s starting proposition, that business leaders are made not born, shaped from an early age by their interactions with family, friends, schoolmates and the societies they grow up in. Along the way certain leadership skills become stronger than others, also known as “superpowers”. Leaders should consciously develop as many superpowers as possible as these qualities will make them good, or even great, leaders.

There are many qualities that are generally associated with leadership, such as extroversion and communication skills. Zak spoke about five less obvious qualities or “superpowers” that aspiring leaders can choose to develop:

1. The Power of Self-belief

Zak believes that self-belief ebbs and flows and that is fine as long as it comes to the fore at critical moments in a person’s life, when faced with key choices. The power of self-belief was what enabled Zak to choose to turn away from corporate life and start his entrepreneurial journey.

2. The Power of Kindness

Too often this quality is overlooked, and yet a small act of kindness can be repaid many times over. Zak recounted an episode from his own life where a five-minute conversation with someone he had hitherto taken for granted rippled through the organisation.

3. The Power of Listening

Much emphasis has been placed traditionally on the leader as orator and public speaker. Zak believes the power of listening is greatly under-rated. He now makes a conscious effort to speak less, and to give airtime to others. Too often leaders operate in the belief that their job is to provide all the answers. In reality sometimes the answer comes from the most unexpected quarter, and if you don’t learn to listen, you won’t hear it.

4. The Power to Empower Others

This may seem counter-intuitive, as most people when they get to the top have a tendency to consolidate their power, not to share it. In fact Zak conceives of his job as very much like a relay-runner, who passes the baton to the next in line. A major part of any leader’s job is to prepare the groundwork for his or her successor, and that is a metric by which they should be judged.

5. The Power of Giving Back

Zak is a great reader of biographies. One of the business leaders he most admires is Andrew Carnegie, in his day the world’s richest man. By his death Carnegie had given virtually his entire fortune away through philanthropy, endowing libraries and promoting education in North America and elsewhere. Giving back is about a recognition of the part played by others in helping you succeed.

Zak closed by encouraging students to be thoughtful about their leadership development rather than focus almost exclusively on career ambitions. He believes passionately that a more important goal is to develop yourself as a leader – and career success will follow! 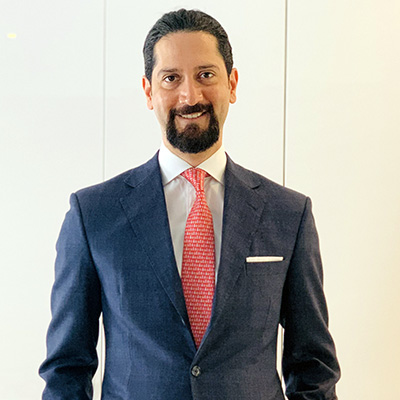