The second speaker in our autumn line-up of Bettany Centre speakers was Simon Biltcliffe.  On Thursday 19 November he told the story of Webmart, and how his unique fusion of capitalist and Marxist approaches has grown this highly successful company.  Simon has shared his journey with audiences across the world, speaking at TEDx events, IMD, Harvard and Oxford, among other venues.  This was Cranfield’s turn.

One glance at Simon’s LinkedIn profile tells you to expect a very distinctive personality: he lists his languages as English and Yorkshire!  A native of Barnsley, his politics were shaped by his experiences of the miners’ strike in 1984, and have profoundly influenced his whole approach to business.  Twenty-four years ago in 1996, Simon founded a company to provide  marketing services, and Webmart has grown to the point where it now turns over around £30 million, with just 44 employees.  The firm’s client base includes many well-known names, both national and multinational, and it offers four kinds of database management services as well as physical marketing materials. Based back in Barnsley, with a satellite operation in Oxfordshire, Webmart has never borrowed a penny of external funding and has grown entirely through retained earnings.

Simon believes that counter-intuitive thinking provides business with a competitive edge.  In his talk he argued from published data that happiness is not correlated with personal wealth or material possessions, and that historically low levels of employee engagement are the result of narrowly measuring and managing the wrong things.  If you can make people’s jobs meaningful and intrinsically rewarding, profit is the outcome rather than the goal.

He created Webmart to test his own hypothesis.  It is a capitalist enterprise in its creation of wealth, but Marxist in the way in which the value generated is shared and distributed among its employees.  There is a set formula by which the various stakeholders – shareholders and staff alike - are rewarded and this is transparent to everyone who works for Webmart.  But Simon is more than a theoretical idealist: he has created a business where average sales per employee are over twice the industry norm.

During the evening he set out the basic tenets of his business philosophy:

- He rewards people well, but not excessively.  By paying well above the national average, Webmart actually raises its overall tax contribution to the UK Exchequer.  Simon is a passionate believer in the corporate responsibility to pay tax, to ensure that public goods, such as health, education and the arts, continue to thrive

- He keeps the business as simple as possible.  The company’s annual progress is envisaged as a board of Snakes and Ladders.  Each year Webmart starts at position 1, with the aim of getting to position 100.   Everyone understands that the objective is to climb as many ladders as possible, while avoiding the snakes that will set them back

- Key to climbing ladders is to build collaborations as far as possible.   Simon maintains that the future lies in not outcompeting other businesses, but  in “outcollaborating”.  The more that the company can create close working relationships with customers and suppliers, the better the outcome for all parties.  He estimates that 80% of the value created by the enterprise arises from outside the company

- Trust is vital.  He argues that, unlike his southern counterparts, as a Yorkshireman he is naturally inclined to trust people and that more than 90% of the time that trust is justified

But Simon also believes in managing by measurement.  At Webmart three primary measures are used to track, evaluate and maximise people’s performance:

Intellectual return: are staff realising their potential and playing to their strengths?

Emotional return: how happy are staff in their work [which Simon believes is a function of the intellectual return]?

Financial return: which is the outcome of positive intellectual and emotional returns

Simon explained that in some cases this had led to people being re-deployed or appointments being made at relatively early ages: his MD is 34 and his Sales Director is 24.  There is considerable emphasis also on recruitment and onboarding: all candidates are required to make a video about themselves, and their appointment and continuing employment are subject to review by their peers.

The current Covid pandemic has led to a wholesale reappraisal of business practices and organisational structures.  Simon believes that his unique approach offers a blueprint that many others may find attractive to adopt.   He devotes one day a week to self-development and 10% of his time to non-profit activities such as speaking and mentoring.  Among his many awards, he is an IoD Director of the Year. 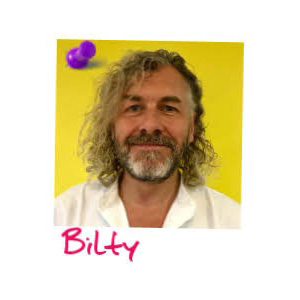