“In 1999 when I set up Moonpig.com I knew nothing about the internet. But no-one else did either!” Nick Jenkins, Cranfield MBA 1998

14 – 19 November 2022 was Global Entrepreneurship Week. At Cranfield’s entrepreneurship speaker series, we got off to a flying start by hosting Moonpig.com founder Nick Jenkins as our second entrepreneur in this autumn’s Bettany Centre Speaker series. Apart from being the man behind one of Britain’s best-known consumer brands, Nick is also a household name as an investor featured on the BBC’s Dragons’ Den [the UK version of Shark Tank]. Nick joined us to tell the riveting story of how Moonpig.com grew from an idea conceived on his Cranfield MBA to a business valued at £120 million when he sold the company in 2011, and to share his own experience as an investor in some 30 companies.

In 1998 Nick arrived at Cranfield University with the idea that he would use the MBA programme to create a plan to grow a business. His previous career as a commodity trader in Russia had given him a good understanding of how to recruit and build a team, but he was aware there were gaps in his knowledge. “An MBA doesn’t make you an expert in, say, law or finance, but it gives you just enough knowledge to have sensible conversations with people who are,” he says. Before settling on a greeting’s cards concept, he toyed with several ideas, but rejected them all as commercially unviable propositions. Greetings cards attracted him because the UK market was big - £1.5bn – and the arrival of the internet would allow buyers to personalise their cards with minimal administrative involvement and expense on the company’s part. The advent of digital printing also meant the unit cost of production was drastically reduced and, unlike many other ideas current at the time, cards could be delivered through the letterbox by the mail service.

The working name for the business was originally Splat!, but searches revealed this domain name was already registered. Finally, he came up with his nickname he had had at school, Moonpig.com. It was available to register and, as it turned out, a good choice. “It’s simple, memorable and distinctive,” Nick says. “If we had called the business ‘The Incredible Greeting Card Company” it would have been just another card business whose name people would forget.” To get started, he put in some money of his own, and raised funds from his circle of friends. He had premises and equipment and was able to hire the right expertise. The hardest part was actually acquiring customers. In year one the business turned over £95,000 and lost £1 million. Next year it lost money again but sales had shot up to £300,000. In total he raised four rounds of external finance before the business broke even in 2005 with a turnover of £3 million. These early years were at times extremely challenging, but Nick never lost sight of one thing: the customers loved the product. The keys to growth were continuous improvement to the website, making it easier to browse and buy, and repeat business. “If your customers keep coming back, you’re onto a winner. We invested in great customer service and that also raised our referral rates.” Moonpig.com had discovered the power of viral marketing.

Nick likewise set great store by analysing and measuring data. He was able to demonstrate to investors that the cost of acquiring customers was steadily reducing and that gross margins were improving. He also studied his competitors’ activities closely. Like many business pioneers, Moonpig.com had attracted other entrants and Nick bought their products every month as part of his market monitoring. By tracking the serial numbers printed on the cards he received Nick realised that a TV campaign had dramatically increased the number of cards sold by one competitor from one month to the next. So Moonpig.com went on TV, with a cheap, more or less home-made campaign. Within weeks it had paid for itself. The company then doubled its TV spend with the same result and doubled again. Eventually the company’s advertising budget hit £1 million as the formula was repeated.

By 2011 Nick was looking to sell. In his own words, by hiring good people and letting them do their jobs he made himself redundant and felt he had little more to add to the business. He also wanted to do something different. For two years after the sale he served as CEO of a charity and devoted more time to his investing activity. He had started this in 2008 with an investment that looked promising but whose business model was broken by the global financial turmoil that happened soon after he put money in. Undaunted, he continued to make investments and was invited to join the panel of Dragons’ Den investors in 2015-2016.

What does Nick look for in making an investment?

First and foremost, a strong and credible team. As he says, there are lots of ideas out there, but nowhere near as many good teams. It’s critical to have someone who is numerate on the team. Many entrepreneurs in his experience leave the numbers to the management accountancy function, and that’s not good enough. He was amazed at how many presentations were made to the Dragons by people who must have watched the show, known what they were going to be asked, and still could not answer basic questions such as what is the projected gross margin or cost of customer acquisition.

It is important that the founders have written the plan themselves. Rather than relying on advisors.

For his Cranfield audience of aspiring entrepreneurs, he warned against valuing a business at less than £1 million. A good idea and good management team should be worth £1m before investment, but a start up with £1m in the bank has a much greater chance of success than one that has raised £10,000. Getting too little money in is almost always a problem, as you will need to come back for more – and when you’re looking to raise money, you’re distracted from managing the business.

Finally, Nick closed by saying how much fun and excitement he has had in the years of running his own business. “I might well have been terrified,” he says, “but I was never bored! As an entrepreneur you get to choose the people with whom you spend your working hours. There will be challenges but that can also be the most exciting time to be running a business”.

View the Bettany Centre’s upcoming guest speakers and other events 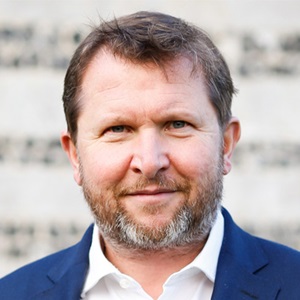