On Thursday 10 November 2022, we were delighted to welcome to the Cranfield campus John E Milad as our opening speaker in this autumn’s Entrepreneurship Speaker series.

Originally from rural New Hampshire in the US, John has worked on Wall Street and in the City of London and has lived in Britain since 2000. He has 25 years of experience as a start-up executive, board member, venture capital investor and investment banker specialising in the life sciences sector across the UK, Europe, and the USA. This almost unparalleled breadth of roles makes him an authority right across the entrepreneurial eco-system, and he shared a fascinating account of what it is like to walk both sides of the street as an equity investor and leader of a fast-growth venture.

After introducing himself and telling us a little of his background, John divided his talk into two parts. The first covered the creation of Quanta Dialysis Technologies, an industrial spin-out from the UK FTSE 250 engineering firm IMI plc, which took place in 2009. The founders saw an opportunity to apply their core technology for fluid management on a cartridge to the medical devices field, specifically by creating a simple and compact dialysis system around the size of a desktop printer to enable more kidney failure patients to receive their life-sustaining therapy in the comfort of their own home. John initially became involved with Quanta as an investor, representing his VC fund, NBGI Ventures, and served as a founding board member for 5 years. Then, in 2014, John was asked to step in as CEO, accelerating Quanta’s journey to commercialisation.

When he took up the position, a number of things were soon apparent. The firm would have to raise significantly more cash - £30mn in the first instance – to gain European certification and fund clinical introduction. A commercially viable offering would also have to be much more manufacturable and serviceable than the initial product. “When I arrived,” says John, “we had a device that was very difficult to build and maintain. What we needed was a scalable product that could be easily and affordably assembled at high volume. We also saw an opportunity to improve the usability of the device by adopting the design thinking of consumer electronics and by making the device IoT compatible. The work before us required we expand our team to include a diverse set of skills and expertise across the medical devices domain.” As he settled into the role, John’s vision of the potential opportunity also grew. The company had started off with a focus on the UK, the idea being to create a versatile machine that renal failure patients could use at home. However, the British market of 30,000 dialysis patients was not big enough: the real opportunity lay in the United States, where there are nearly 20 times as many patients and the federal government spends 1% of its entire budget on kidney failure and dialysis.

Accordingly, Quanta developed a dual market entry strategy, initially targeting in Britain home dialysis managed by patients and in the US hospital dialysis managed by healthcare professionals. To achieve his ambition to address a total market opportunity in excess of $10 billion, John and his team raised nearly $400 million of funding, their credibility enhanced by rigorous clinical studies, compelling performance data and scientific publications. Along the way, the company has garnered the prestigious MacRobert Award for engineering innovation, which puts them in the ranks of previous winners such as the Harrier Jump Jet and the Raspberry Pi computer.

Having launched its offering in the UK during the pandemic in 2020, Quanta is already on track to secure a market share of around 25% of new home placements this year. John is immensely proud of the pioneering contribution that the company’s technology has made to improving the lives of patients. No longer Quanta’s CEO, he says that there is a widespread misconception that a start-up CEO’s time is mostly spent on strategy and big picture thinking. The reality, he says, is that 99% of his time was spent fighting fires. In leading a start-up, you must be prepared to turn your hand to everything, as a good gardener tends a garden constantly. In summary, he shared the following pieces of advice:

John described his journey as essentially a game of snakes and ladders: it took longer and it cost more, but by never losing sight of the central purpose and the big vision it finally paid off.

In the second half of his talk, John gave us the perspective of the investor. His career has given him a wealth of insight. If you are looking to raise money, especially from professional investors, the first thing to remember is to avoid giving investors reasons not to invest. As a VC, John would have a thousand proposals cross his desk every year, of which he might have invested in a handful. To manage this volume, professional investors have systems for filtering out virtually everything they see. Second, though it may seem counter-intuitive, it can sometimes be easier to raise larger amounts of money than smaller sums. Transaction costs are similar across deal sizes, and some investors are only interested in a big idea that have the potential to deliver outsized returns while also allowing them to deploy significant amounts of capital. Third, it is vital to do your research in advance and target investors who are likely to fund your kind of business. Above all, raising money is about telling a clear and compelling story that links the idea, the team, the product, and the execution with eventual returns. The one-minute elevator pitch may be something of a cliché, but John actually delivered one between the ground and 30th floors of a convention centre hotel, which opened the door to an important relationship with a key strategic partner.

Learn more about Quanta and its dialysis technologies 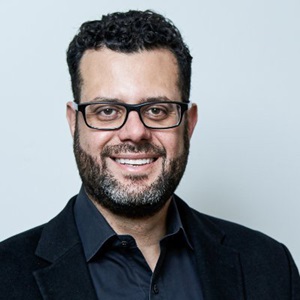