Dr Shai Vyakarnam: If You Think You Can, You Can: Snapshots from An Enterprising Life

It’s not often you have the chance to hear from someone who has witnessed the history of the modern age of entrepreneurship.  For nearly 40 years Shai Vyakarnam has been immersed in this field, as teacher, mentor, sponsor, investor and company founder.  In March this year Dr Vyakarnam steps down from his position as Director of  Cranfield’s Bettany Centre, which co-ordinates entrepreneurial activity across the University’s campus.  On Wednesday 26th February Shai gave his farewell address to a packed lecture theatre, in the last of the Centre’s evening talks for the first quarter of 2019.

Not only has Shai played many roles.  He has also seen at first hand the explosion of entrepreneurship across Asia, Africa, North America and Europe, as founding a business has changed from an eccentric niche pursuit to a mainstream social movement.   In an evening that was as entertaining as thought-provoking, Shai shared with his audience of budding Cranfield entrepreneurs a lifetime of insights.  Here are six of the highlights:

Shai began with something prompted by a comment from a class participant when he was starting his faculty career at Cranfield.  “I was talking about marketing,” he said.  “Suddenly a booming voice came from the back, asking how what I was saying was relevant.  Relevant?  I thought that as an academic I had to be informative and entertaining.  Suddenly I realised the truth of the saying “ be relevant or be dismissed”.

His second piece of advice derived from a visit to an ashram, in his Indian home town of Bangalore. In Hindu scriptures he read: “When the mind is full of little thoughts, where is the space for big ideas?”   This notion of not sweating the small stuff was strengthened by a conversation he had later with Eric Schmidt.  When Shai met him on a trip to California, Schmidt was on the board of a start-up called Sun Microsystems, employing around 90 people.  Shai was keen to ask him how he coped with the challenges of growth. “We are not a small company challenged by growth,” came the reply.  “We are a big company starting small.”  Some years later Sun was bought by Oracle for $9 billion, and Schmidt went on to join another start-up, called Google.  Mindset is everything.

Insight number four arose out of a visit to MIT on the other coast, and a conversation with a professor of material science.  His work has impacted the lives of 2 billion people.    “Think big, act fast and be fearless” was his motto.  Again, it’s all about attitude and self-belief.   If you think you can, you can.

The fifth insight came from a lifetime of observing how entrepreneurs think and act, confirmed by a joint research project Shai conducted with renowned Cambridge psychologist, Barbara Sahakian.  Business founders are no more prone to take risk than corporate executives.  But they are more tolerant of risks, and have a keen sense of what they can afford to lose.  This tied closely with the sixth insight, which was the importance of action.  Business founders develop self-belief through self-efficacy, that is by doing, and seeing the results.  This in turn reinforces the founder’s self-confidence and so creates a virtuous circle.  So it’s a case not only if you believe you can, you can: you can do more.

This is just a selection from an evening of practical wisdom garnered from a very full life.  Shai will be greatly missed by colleagues and students alike, but has promised to return to campus whenever he can.  For the moment he plans to take a well-deserved break, but from what he told us his retirement will see him busier than ever.

Dr Vyakarnam’s presentation was the third in the 2019 series of Wednesday Business Enterprise Talks at Cranfield University, hosted by the Bettany Centre for Entrepreneurship. 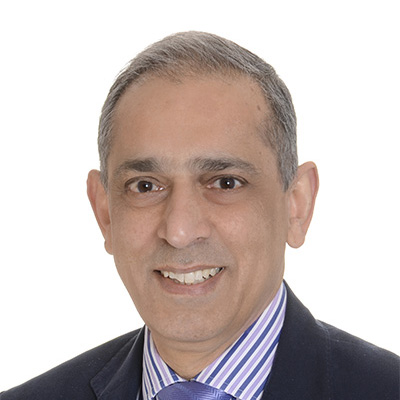