A presentation by Carl Clump [Cranfield MBA 1980] rounded off our autumn 2020 series of speakers hosted by the Bettany Centre.  In a business career of over 40 years Carl has packed enough adventures and experience for several lifetimes: as corporate manager, corporate intrapreneur, CEO of a listed business, start-up entrepreneur and private equity investor.  On Thursday 26 November he joined us – virtually – to share his experiences and speak specifically about why intrapreneurship is valuable both for the individual and for the organisation.  We are also pleased to say that he was supported by some of his old Cranfield classmates, who logged on for the occasion.

After university Carl joined BT [then in the public sector], and with some commercial experience under his belt was assisted by a bursary through Cranfield, after which he was recruited by Texaco.  The opportunity to become a corporate intrapreneur came out of a divestment by the parent company of its German subsidiary, when Carl was working as European Marketing Co-ordinator, based in Brussels.  As part of the deal Texaco also unintentionally sold off its European payments card business, which serviced freight haulage drivers across the continent.  There was huge value in payments cards, since they provided real-time data for fleet managers and thus an incentive to use Texaco filling stations.  Carl believed there was an urgent need to recreate this network, and the core of his presentation was devoted to the story of how he painstakingly put together a consortium of non-competing oil companies to make this happen: a true “skunkworks” operation.  Eventually the operation was spun out of Texaco on the understanding that Carl, as the CEO had a one-way ticket: if the business failed, there was no guarantee of a job back at base.

The original plan was for a business lasting five years.  In fact it endured for 13, leading the market, covering 27 countries and with membership of some 20 oil companies, who also provided funding.  It also pioneered the use of the ECU [European Currency Unit] – precursor to the euro – as the clearing currency.

As an intrapreneur you have to be prepared to turn your hand to whatever is needed, and to find ways to surmount the obstacles put in your way by the culture, systems and processes of the parent.  You trade the greater risk, limited resources and freedoms enjoyed by the entrepreneur for reduced risk, easier access to resources such as people and money, but also reduced flexibility.  Carl argued that intrapreneurship can be a great apprenticeship for an aspiring entrepreneur. His own career is certainly a case in point, as he went on to found, grow and sell other businesses and to sit across the other side of the table as an investor.

Carl believes that successful intrapreneurs share many of the same qualities displayed by entrepreneurs: they are passionate, self-motivated, they are prepared to question the status quo and they focus on outcomes.  They are natural innovators, thrive on challenge and are comfortable with risk.  From the standpoint of big organisations Carl maintains that intrapreneurs are vital in keeping the business ahead of its competitors.  They rejuvenate the firm and an environment in which intrapreneurship is encouraged attracts, retains and develops managerial talent.

From the amount of resources which big companies now devote to incubators, accelerators and collaboration in general, it is clear that Carl’s message has been received loud and clear.  Today corporates are actively seeking to recruit managers with entrepreneurial attitude and aptitude.  We salute Carl and are hugely grateful for his commitment to Cranfield as a member of the Bettany Centre’s Advisory Board. 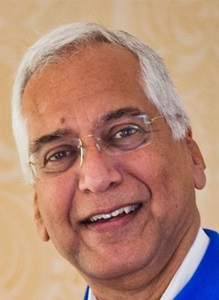