An evening with Diane Young, Co-founder of The Drum

"If my entrepreneurial life was a [TV] binge series…"

On Thursday 11th February the Bettany Centre was delighted to welcome Diane Young, Co- Founder of The Drum, as our first guest in the series of February talks by successful business founders. She is a much sought-after conference speaker and Tedx presenter and we were fortunate that she was able to head up our roster of 2021’s visiting entrepreneurs.

With more than 1.1 mn views of its website every month, the Drum has established itself as a leading international provider of marketing intelligence to the marketing and media community. Starting in the 1990s in a damp Glasgow basement, the organisation today has offices not just in Scotland but in London, New York, Singapore and Mumbai. The Drum is best known for its monthly magazine, essential reading for the media industry and a platform for topical content and opinion. From its start as a contract publisher, the company has branched out into a branded content studio, the promotion of industry Awards, hosting events and running conferences. Its clients include advertising agencies and the brand managers of major corporations.

Diane took us through her journey as an entrepreneur, illustrating her presentation with clips from some of her favourite TV series: a graphic illustration that the medium really is the message. After graduating in Mathematics, Diane worked for a while in the health service before spotting an opportunity in the Scottish creative industry. That journey which began in the 1990s has been, in her words, something of a “roller-coaster” and she shared the highlights and lessons she has learned along the way.

Before she co-founded the business, Diane had no commercial experience or education. In its early days the company survived through the tried and tested method of boot-strapping. It relied on internally-generated cash to fuel its growth and Diane stressed the invaluable support that high quality advisors can bring to a young business. Not investing in expert advice is a false economy. She described herself as having the insatiable curiosity of Sherlock Holmes and is a huge fan of lifelong learning. Her aim is always to be one step ahead, restlessly anticipating what her clients might need next. Hiring a really good PA proved to be one of her best decisions, not only for routine support but because this freed up her time to focus on things that mattered to building the company’s future.

For aspiring entrepreneurs she stressed the importance of understanding one’s appetite for risk and identifying the right balance between risk and reward. In the early years she described herself as relatively cautious and risk-averse: now that there is more at stake, she is actually more open to taking risks, and draws inspiration from spending time with people who inspire and energise her – a means of risk reduction in itself. She counters that, however, with an emphasis on building resilience. At some point a growing business will encounter setbacks. A strong team creates a strong company that can survive the loss of a key individual and still bounce back. The Drum is living proof: the business has lived through breakaways, mistakes in recruitment, well-meaning but potentially disastrous government intervention, and emerged bigger and better.

Diane dwelt a while on recruitment. She believes it to be the single biggest issue facing entrepreneurs and The Drum now has robust processes in place to find and retain the right people. She talked also about succession: she did not start her business with an eventual exit in mind and is of the opinion that it is vital to enjoy the journey. However, as in much else in life, timing is everything and entrepreneurs need to know when to leave the stage. There is as yet no sign of this happening for Diane. With the opening shortly of a new multi-purpose venue in Shoreditch, London, part-club, part-meeting space, Diane is starting on a new career as a pub landlady. The Drum continues to beat! 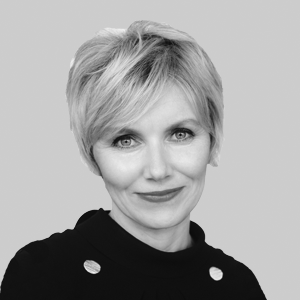