Earthworm population triples with use of cover crops

The PhD research investigated the impact of a cover crop mixture planted in a wheat-maize-lettuce rotation on lowland peat soils at a farm in Cambridgeshire between 2016 and 2019.

The earthworm population was three times greater after the cover crop compared to a treatment without any vegetation from cover crops. Reduced tillage and cultivation (ploughing and ground preparation) costs also meant savings for the farm involved in the trial.

“Earthworm populations can be negatively affected by soil tillage, so by reducing the depth and intensity of tillage we can promote their communities to aid soil structure, water infiltration and nutrient availability,” said Dr Tom Storr, who was supervised by Dr Jacqueline Hannam and Dr Rob Simmons in the Centre for Environment and Agricultural Informatics at Cranfield.

“The benefits of the cover crop were particularly notable when they were grown for a longer period,” said Storr. “The continuous vegetation provided by the cover crop combined with reduced tillage, resulted in a huge increase of earthworms – a key indicator of soil quality.”

In addition to the PhD research, two MSc projects investigated the use of different cultivation techniques prior to lettuce planting. Both indicated that tillage could be performed at a shallower depth (12-15 centimetres) than normal (30 centimetres) without detriment to lettuce yield. This will aid soil quality and reduce fuel consumption associated with lettuce ground preparation. 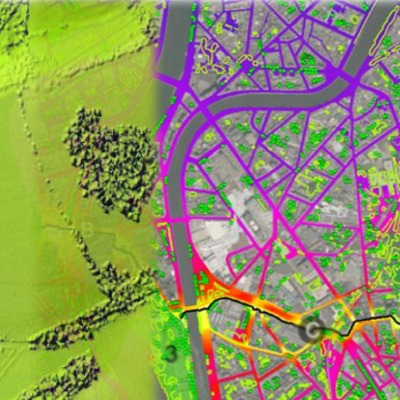