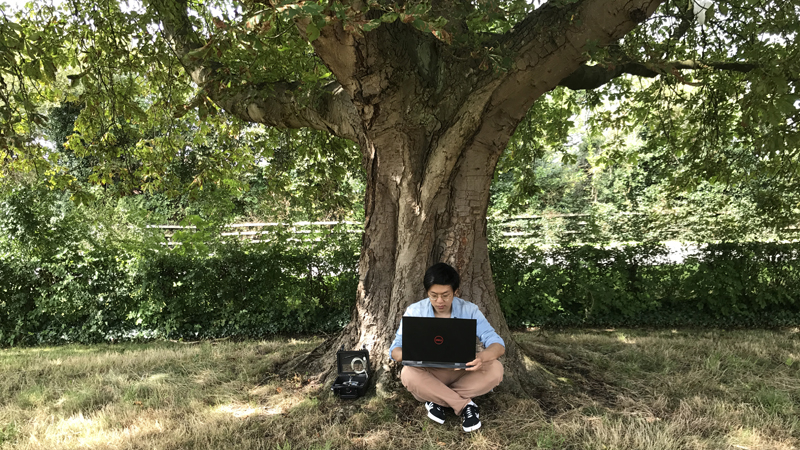 One of the first projects to be completed using sensors that form part of the Cranfield Urban Observatory has shown that different species of bat appear to time-share with their hunting patterns.

Ultrasonic acoustic sensors were placed around the Cranfield University campus and listened for the hunting calls of different species of bat. Around 22,500 five-second snapshot recordings were made over several nights in August and then computer algorithms were used to filter and sort the sounds.

Time stamps from the recordings show that different species came out to hunt at different times in the night and seemed to suggest that certain species prefer to hunt in particular habitats, such as in hedgerows or around buildings.

Junfei Liu, who has just completed the research as part of his Geographical Information Management MSc thesis project, said: “We used ultrasonic microphones set to turn on at dusk to pick up the sounds of the bats. Around six different species were recorded – including some that are less common – and there appears to be a pattern to when the different types are hunting.

“There could be a number of reasons for this,” added Junfei. “It could be that they don’t like to hunt at the same time or be too close to one another. More data from a wider variety of locations is also needed – with machine learning there is always potential for the software to allocate sounds to the wrong kinds of bats.”

Further testing with the sensors is now underway and a permanent network will be established as part of the Urban Observatory, including acoustic sensors across Cranfield Airport’s airfield. These could be used to monitor bird songs, for example, and assess the impact of aircraft noise on wildlife.

Dr Stephen Hallett, Associate Professor in Environmental Informatics in the Centre for Environment and Agricultural Informatics, and supervisor for the project, said: “Soundscape ecology tools can play a key role in undertaking biodiversity audits, and the use of the Internet of Things in our research allows sensors and microprocessors to be linked to emergent techniques such as machine learning. This research project is a demonstration of how applied skills from our taught courses can be put to use to develop practical environmental applications.”

Other supervisors for the project, titled ‘Development of an Internet of Things approach for monitoring biodiversity on the University campus’, were Dr Simon Jude and Dr Iq Mead. Data from a 2016/17 biodiversity audit at Cranfield was also used to help plan the locations for the sensors.

Soundscape ecology will form a key part of the Cranfield Urban Observatory as its £1 million sensor network – part of the UK’s largest urban research programme, looking at how our cities could be managed and developed in the future for human wellbeing – is deployed from 2019 onwards. 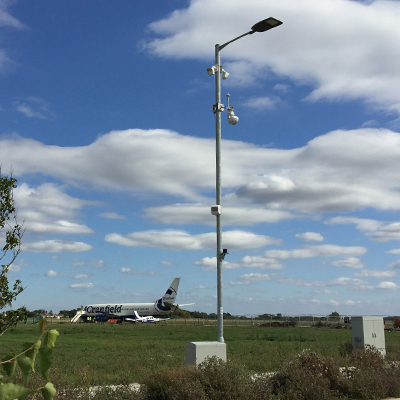 Work has started on Cranfield Urban Observatory, looking at how our cities could be managed and developed in the future for human wellbeing