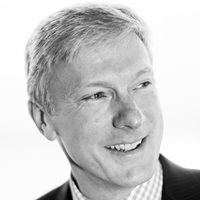 Alan attended BGP in 2007. The prime reason for attending was to prepare a plan for succession in taking on the role of Managing Partner at Tuffin Ferraby Taylor (TFT) from the founding Partner, David Tuffin.

TFT specialises in Technical Due Diligence (TDD) for property acquisitions and project management for property development.

Alan joined the partnership in October 1993 and promoted to partner in charge of the Birmingham office in May 1997. He succeeded David Tuffin as TFT’s Managing Partner in 2008 immediately prior to the general financial crisis. As a consequence between 2008 to 2010, he was instrumental in managing significant change, streamlining the partnership and business operations and refocussing the business on core service lines operating in the  commercial property investment and development sectors. At the same time Alan implemented the strategy of investing in the recruitment and development of top talent to reposition the firm. The firm now operates throughout the UK, across central, eastern and western Europe and Asia.  Clients include UK institutional investors/property pension funds, international government/ sovereign wealth funds and global property investors and developers.

Since 2008 the business has rejuvenated and expanded from 3 to 7 offices throughout the UK and turnover grown from £6.5m to £15m. Alan currently heads up the executive team and 140 staff managing the specialist  Built Asset, Sustainability and Development Consultancy.

Alan is responsible for a multi-disciplinary team and takes a ‘hands on’ approach with the growth and development of all offices as well as overseeing the delivery of some major inner city regeneration and development schemes.