The ‘making sense’ of risk in the finance industry

Financial establishments, such as banks, routinely face different types of risks in the course of their operations. Risk stems from uncertainty of financial loss and can potentially cripple the business if not managed in time. This demands that mechanisms to manage risk be created via a risk management philosophy, with the objective of minimizing negative effects risks can have on the financial health of the institution. However, risk is ultimately the outcome of a process of sensemaking; it is in the eye of the beholder.

At the beginning of a task, be it a project or any other a risky endeavour, stakeholders will probably demand certainty. In other words, the question of “What will risk mean?” is central to the discussion at a point when stakeholders long for the comfort of having confidence in a predictable, controllable future.

Things may go well for a protracted period but when the illusion of certainty is shattered by counteracting outcomes, the meaning of risk changes too. In the light of something not going as planned, risk becomes personalised and obfuscated. The question of “What will risk mean?” changes to “What does the failure to predict risk mean to anyone else but me?”. Rectifying the failure to prevent risk in the first place tends to be associated with a blame game; the search from somebody who can be made accountable.

That struggle of poorly applied risk management is elevated to a level of working with each other in the long-term and the meaning of risk is informed by “would have” or “could have”. Stakeholders begin to understand that risk is not a controllable and tameable entity but, rather, requires continual alertness to the novel and unusual.

The job of a manager is indeed to use and analyse the past as a predicator of the future – we are not saying this serves no role. However, we would argue that a manager’s job is also to appreciate how the meaning of risk, as understood by the parties involved, may evolve over time. The way people tend to make sense of risk will change as a result of their experiences and the changing pressures they face. For the manager, this means including repertoires of sensebreaking and sensegiving, to help shape the meaning of risk that people may adopt in a given situation.

In financial institutions, risk tends to be understood as a quantifiable attribute. From this perspective, managers seek to objectively evaluate risk based on observed frequencies. This can be seen as the objective of a statistical risk view, where risk is ascribed a ‘true’ and objective value and a likelihood of manifesting.

Overall, financial institutions are not known for fostering situated human cognition as an answer to the unknowable 1%. Nevertheless, in other industries such as health-care, mindful action is the one dimension of organisational resilience that is receiving close attention. We would argue that, in thinking about risk, the financial sector could learn a lot from changing attitudes in other sectors, particularly those that involve life-and-death decisions.

The ‘making sense’ of risk in the finance industry 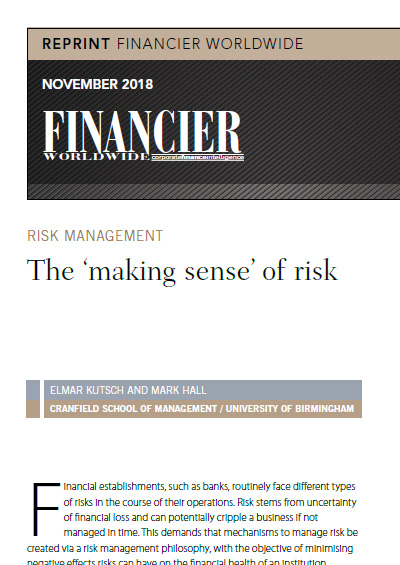 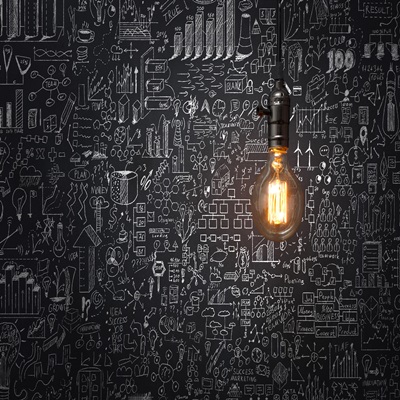 Organizational Resilience and Change Leadership Change, transformation and leadership occur in many ways. At Cranfield, our approach to help clients resolve their most complex issues is distinct