On a visit to Cranfield University, Torbjörn Sohlström, the Swedish Ambassador to the United Kingdom, met with senior representatives of both the University and Saab, as part of the Swedish Embassy’s #swedenontour.

The Ambassador who was accompanied by Colonel Per Jenvald, the Swedish Defence Attaché to the United Kingdom, was shown inside Cranfield’s Digital Air Traffic Control Centre which was developed in partnership with Saab and was the first to be operational in the UK.

Saab and Cranfield University are working closely together on a number of projects including the £67 million Digital Aviation Research and Technology Centre (DARTeC), which is being developed at the University.

Welcoming the Ambassador to Cranfield, Professor Sir Peter Gregson, Chief Executive and Vice-Chancellor of Cranfield University, said: “The relationship between the UK and Sweden is an important one and a strong one. Nowhere is that more in evidence than at Cranfield, where we are working side-by-side with Saab to unlock the potential of digital aviation.

“I was delighted to show the Ambassador and his embassy colleagues around our University and showcase, among many things, the educational and research capabilities of our global research airport.”

Speaking after his visit, Ambassador Torbjörn Sohlström, said: “It has been an excellent visit to Cranfield University - not least it was very interesting to hear about the close collaboration with Saab. The aviation and defence industry is a very important part of the Swedish-British relationship.”

Jenny Gardner, Director or Saab’s UK Innovation Hub, who accompanied the Ambassador on his visit, said: “Saab has a 40-year presence in the UK that has today grown to six sites and nearly 1,000 SMEs in our supply chain, harnessing the best of British and Swedish innovation for the international market. Our partnership with Cranfield University is an exemplar of our innovation philosophy that sits at the very heart of what we do.” 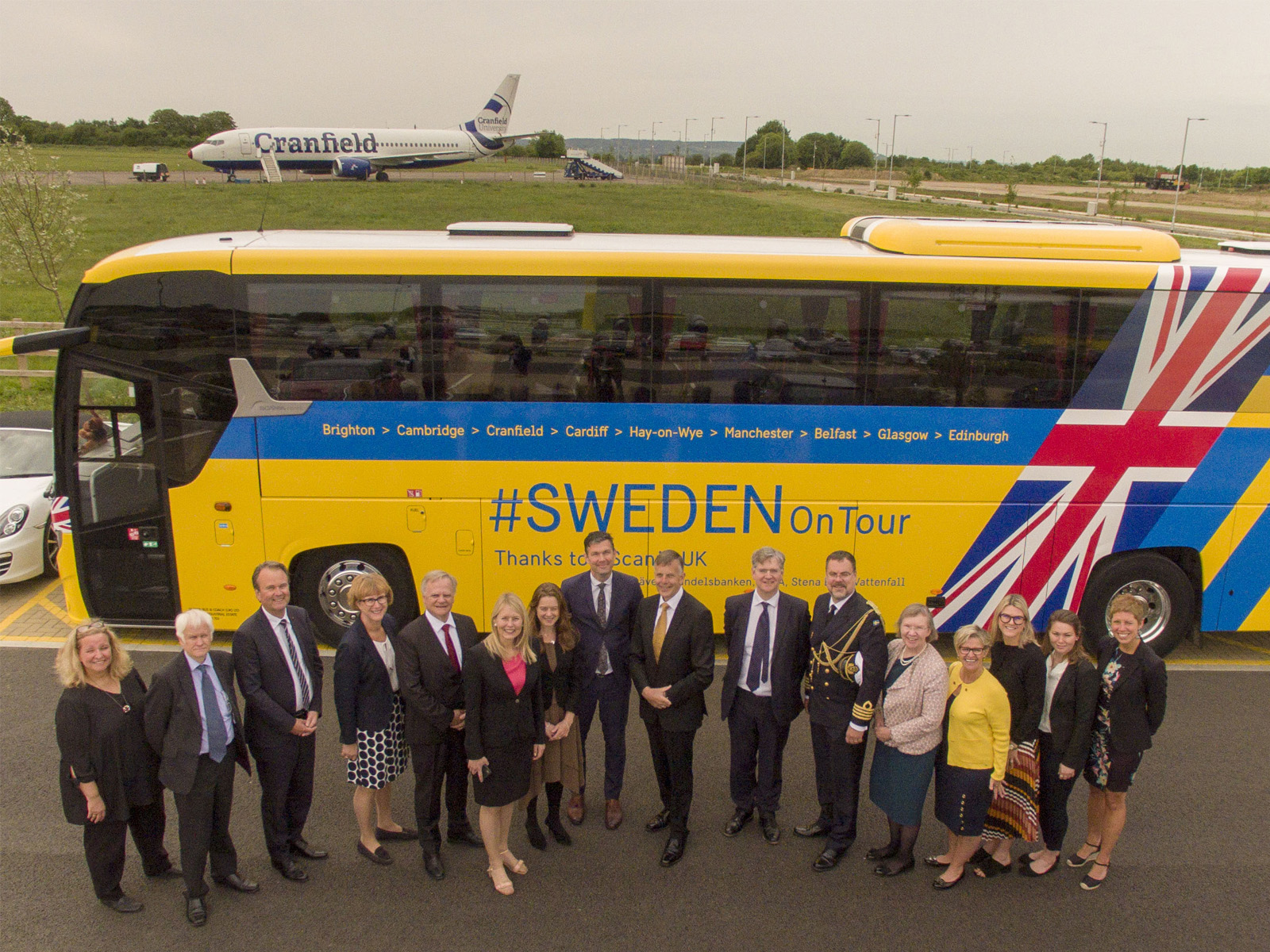 Torbjörn Sohlström, meeting senior representatives from the University and Saab