The Comet Interceptor is an F-Class or fast-class mission, named for the speed of the implementation of the programme. It is planned to be launched in 2028 to fly-by an outer solar system comet.

The Cranfield space team’s task over the next six to twelve months will be to develop the trajectory models for the mission and provide information on the craft design, working with the ESA development team. Students will be involved in some of the support work at Cranfield and this has already lead to one student group design project.

Dr Joan Pau Sanchez Cuartielles, Lecturer in Space Engineering at Cranfield, who is leading the University’s project, said: “This is an exciting opportunity for us to be part of the mission. For the first time we will have the chance to observe an unaltered object that survives from the birth of the solar system. Cranfield’s contribution is critical to the success of the mission.”

By exploring comets, we learn about the origins of our solar system, a so-called ‘dynamically new comet’ is just beginning its journey through the Inner solar system. A true, pristine comet has yet to be encountered and explored. Previously, comets that have been encountered by spacecraft are short-period comets having already approached the Sun and therefore undergone changes on their surfaces, hiding their original appearance and make-up. The mission will provide the opportunity to view the comet in its unchanged state.

The design of Comet Interceptor involves three solar powered spacecraft elements working together. A main spacecraft will make remote observations of the target from afar, to protect it from the dust environment and act as the primary communications hub.  Each module will be equipped with a different payload, providing different perspectives of the comet’s nucleus and its gas, dust, and plasma environment. The ‘multi-point’ measurements will greatly improve the 3D information needed to understand the dynamic nature of a pristine comet, while it is interacting with the constantly changing solar wind environment. It is expected to complete its mission within five years of launch.

This is not the first time Cranfield has been involved with ESA missions, providing students with the opportunity to work with Europe's space capability. Last year, ESEO, an ESA educational satellite, featured technology and experiments from ten European universities, including Cranfield. Cranfield students designed and built a De-Orbiting Mechanism, to deploy a drag sail at the end of the satellite mission. The technology will increase the ESEO atmospheric drag, reducing the time to re-entry, ensuring the satellite does not contribute to accumulating space debris in low Earth orbit. 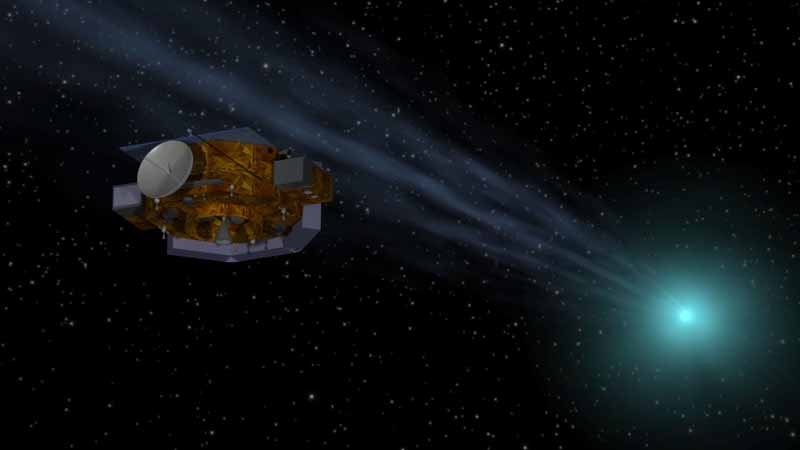 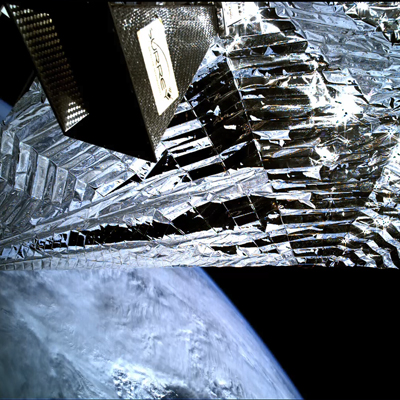 An on-board camera has captured the moment a Cranfield University-designed “space sail” was successfully deployed in orbit above the Earth’s surface.