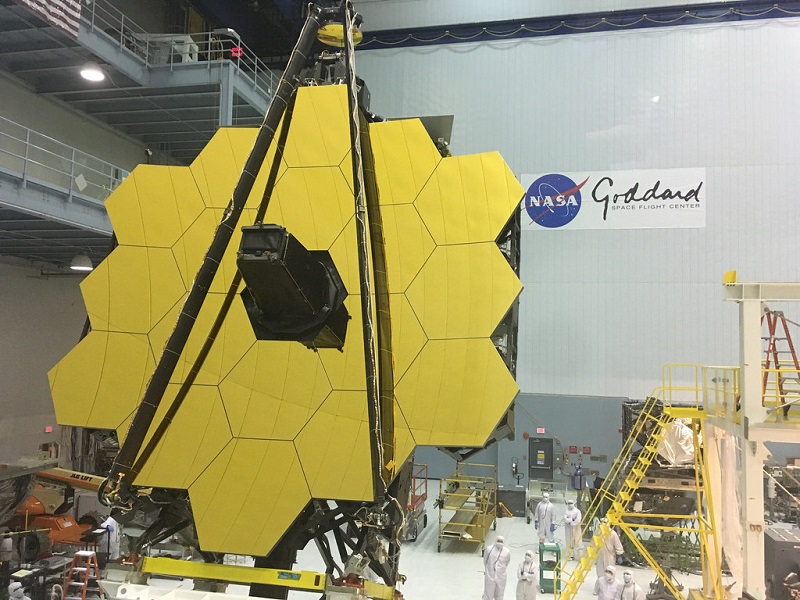 We made more of the mirror surfaces for NASA’s James Webb Space Telescope than any other single facility.

Known as JWST or simply Webb, this is a large, space-based observatory which will complement and extend the discoveries of the Hubble Space Telescope.

Due to launch in 2018 (with a mission lifetime of five to 10 plus years), this new telescope will make huge advancements in astronomy.

We are an established space optics supplier for highly-complex systems (components that tend not to be of interest to commercial optics suppliers due to the high complexity and high risk of delivery).

MIRI has a highly-compact spectrometer system made from so-called image slicers and reimager optics. These devices allow the space telescope to perform analysis of stars and planets in such a way that their chemical composition can be evaluated. MIRI can detect the life-signal elements such as oxygen which form an important aspect of finding Earth-like planets near far-away stars.

These mirror components are highly complex and each mirror surface has form accuracy demand of less than 10 nanometres (10 billionths of a metre).

Using our own created ultra precision machines, we devised novel diamond machining and measuring techniques. In combination, they provided the most accurate approach to fabricate and certify the MIRI spectrometer optics for NASA’s James Webb Space Telescope. We were selected by the UK Astronomy Technology Centre as the preferred technical partner on a performance-risk analysis.

Then, after UK Astronomy Technology Centre approval, so-called verification optics were made and tested for NASA / European Space Agency approval. Finally, we secured the contract to apply these specialist methods and equipment for fabricating the flight and flight spares for the new telescope’s MIRI spectrometer optics.

Find out more about the James Webb Space Telescope