Putting the fizz into sustainable manufacturing with Coca-Cola Enterprises

We partnered with Coca-Cola Enterprises to provide key insights on sustainability in the food and drink industry in Great Britain. The culmination of this research was the publication of a second white paper in March 2016.

We have helped Coca-Cola Enterprises in its mission to achieve best-in-world manufacturing for the future. Our cross-sector vision, experience and extensive network of contacts could prove invaluable in the company’s vision for lower energy, reduced materials usage and lowest CO2 footprint in its manufacturing factories.

Faced by challenges around price and availability of resources, the food and drink manufacturing industry needs to undertake a new stage of transformation.

Speed, efficiency and customer focus are essential for long-term sustainability. There also needs to be major changes in the ways in which the industry collaborates and works with new partners in the supply chain, as well as more directly with consumers and society more widely. 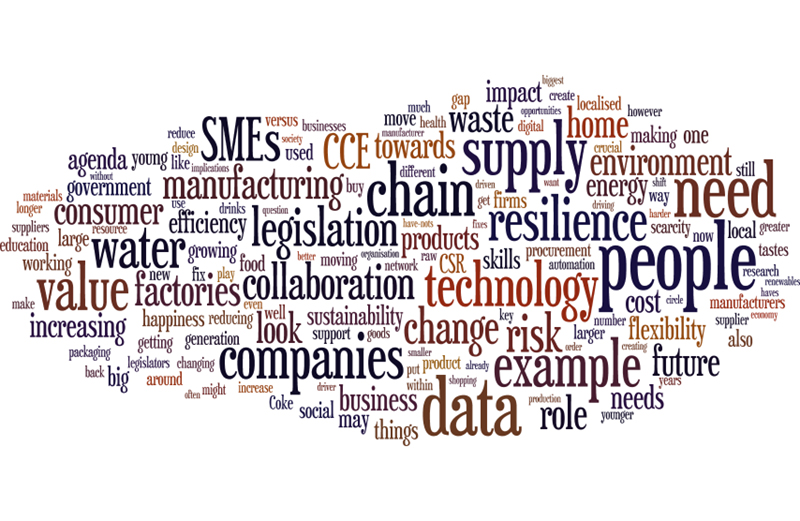 Sustainable manufacturing for the future.

We were initially approached by Coca-Cola Enterprises (CCE) in late 2013 for our thought leadership expertise on the ‘future of manufacturing’ and specifically what needs to change between now and 2050 to make manufacturing sustainable across the British food and drink industry.

CCE, the world’s third largest independent Coca-Cola bottler, has a number of British manufacturing plants and several of our alumni have gone to work at its factory in Milton Keynes in recent years.

It sells more than four billion bottles and cans in Great Britain each year and is committed to minimising the environmental impact of its products and operations. This collaboration was part of a commitment to advance its business and the broader food and drink industry in all areas of operational efficiency. Plans were also unveiled at the same time to invest £56 million into its operations during 2015.

This exciting research opportunity allowed us to share our expertise in sustainable manufacturing processes, systems and business models.

A six-month research partnership was launched in March 2015 when a number of our academics and those from other institutions joined industry experts for a roundtable event at the Milton Keynes factory of Coca-Cola Enterprises.

These discussions informed recommendations put forward in the project’s first white paper in June 2015, co-authored by our Professor of Sustainable Manufacturing, Mark Jolly, and Dr Peter Ball, with six key themes identified for the industry to address.

Three of our MSc students then focused on how to achieve significant change for each of the six themes with this in-depth research launched during Coca-Cola’s ‘Corporate Responsibility and Sustainability in Action Week’ in September 2015.

We also attended a parliamentary meeting in February before the publication of our second white paper in March 2016. 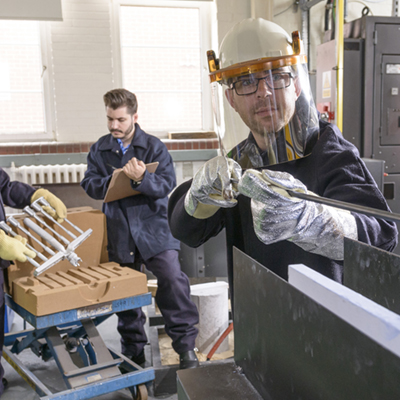