In 2019, a team of engineers from the Cranfield Water Science Institute developed an outreach project which saw them deliver an escape room-inspired learning experience to children in local schools to engage them with water sciences and inspire the future generation of STEM leaders. Covid-19 put a halt on plans to deliver the project in person again in 2020 – but in a true embodiment of Cranfield’s innovative nature, the team were able to adapt their plans and come up with a new virtual format. Lead researcher on the project, Dr Kristell Le Corre Pidou, Research Fellow in Water Reuse, reflects on the value - and the potential – of such projects.

March 2021 saw British Science Week marked across the UK - a ten-day celebration of science, technology, engineering and maths (STEM), aiming to inspire children to engage with science and encouraging them to become the engineers of tomorrow. These engineers will tackle vital current and future societal challenges - from preventing the next pandemic, to developing solutions to address climate change. Yet, according to a recent study by the British Science Association, although “9 in 10 children want to take an active stance in changing the world, nearly half of school-aged children do not feel optimistic about their ability to do so”. With this in mind, the Royal Academy of Engineering (RAEng) has developed the Ingenious Programme to support outreach projects that engage the public with engineers and engineering in an innovative, fun and creative way - and inspire younger generations to pursue a career in STEM.

In 2019, Cranfield was one of 26 recipients of an RAEng Ingenious award for public engagement with its project titled “Escape the Classroom: Contamination Busters”. The project, developed by a team from the Cranfield Water Science Institute, aimed to give water engineers an opportunity to share their passion for water engineering with school pupils from underserved communities. Using scenario-based and problem-solving experiences inspired by commercial escape-rooms, the project sought to explain scientific concepts to children aged 11 to 14 years old in a simple and entertaining way, illustrating how fundamental maths and science concepts are utilised by water utility companies for provision of vital services to populations (e.g. water treatment and supply). Ultimately, the project’s overarching goal was to help change attitudes and opinions about water and wastewater engineering, and about engineers in general.

To achieve this goal, a team of engineers from the Cranfield Water Science Institute - in collaboration with The Problem-Solving Company - developed the UK’s first mobile escape room for pupils to solve a water engineering problem in a scenario-based learning environment. Pupils were presented with a series of laboratory problem-solving tasks through which they could identify causes of water contamination, possible effects to the environment, prevent environmental damage through water treatment and ultimately, ‘escape the classroom’. In parallel, water engineering activities and a water chemistry kit – the Waterbox - containing equipment for pupils to perform water science experiments at school premises were developed. The Waterbox also served as a ‘legacy’ resource to support learning beyond the project

Eleven volunteer engineers from Cranfield were recruited to take part in a series of five school workshops, receiving training to learn how to communicate their research and engage effectively with young audiences. The first workshop was held at St Thomas More Catholic Secondary School in Bedford and it proved a real success, both from the pupils’ and the engineers’ points of view. The buzz and energy emanating from every single activity reflected a real enthusiasm from the children for chemistry, water treatment and engineering - with some of the pupils even expressing an interest in a future career in science and engineering. One child suggested that engagement with the engineers meant he wanted to go to University and study engineering – and he would be the first from his family to do so.

The engineers who supported the delivery of the event also found the experience rewarding, describing how teaching the young learners helped them to rethink their communication approach, and appreciate how engagement events can not only spark an interest in their research discipline – but inspire future generations to aspire towards a career in engineering.

Overall, the experience inspired the engineers to get more involved in public engagement events as they realised the impact such events could have on the visibility of their research, and more broadly on pupils’ understanding of water and wastewater treatment and how it affects their daily life. Tolulope Elemo, an EngD researcher and one of the volunteers, found the programme to be “a great opportunity to interact with younger people in a way and manner different from what I was used to”. Dr Francis Hassard, Lecturer in Public Health Microbiology, and Principal Investigator of the project, added that the event was “refreshing and eye-opening”, but – reflecting on the project during the current Covid-19 crisis - noted “the clear and present challenges faced by schools even operating under inter-pandemic conditions”.

Following the successful trial run in 2019, four additional ‘Escape the Classroom: Contamination Buster’ events were scheduled in 2020. However, as Covid-19 brought the world to a halt and educational institutions were forced to close amid outbreaks and lockdowns, the school events had to be put on hold.

However, the project team wanted to carry on promoting water engineering to young audiences – particularly to children who were vulnerable, from underrepresented communities, those who did not have access to computers, and those who were children of key workers. To help support teachers as they provided an education for children forced to stay at home, the project team acted swiftly to implement a solution which was accessible to their target audience, taught practical skills to ‘escape the laptop’ and continued to meet the objectives of the Ingenious scheme.

Thanks to additional funding from the RAEng, the team were able to further develop the Waterbox concept trialled in 2019 with help from the Institute of Chemical Engineers, Water Special Interest Group, and distribute 250 boxes to five schools. The boxes contained all the necessary equipment and reagents to complete several water chemistry experiments safely at home. Schools were able to distribute the boxes to children who were being home-schooled and use them as an additional resource in the classroom with key workers’ children.

These newly developed scientific resources reached more pupils than initially planned, and teachers from some of the schools have even indicated that they intend to carry on using them – embedding some of the activities into their GCSE chemistry curriculums. Overall, between 160 and 200 students per school will benefit every year from these activities.

Alongside the Waterboxes, the team of engineers from Cranfield Water Science Institute were also able to work with the Cranfield Technology Enhanced Learning team to adapt the mobile escape room concept into a virtual experience. Certainly a first for Cranfield – and possibly even a first of its kind for universities more widely – the virtual escape room saw pupils take part in a timed challenge consisting of a series of 10 water science and chemistry-based puzzles to test their engineering skills. This new virtual format has the potential to reach a much wider audience and enhances the legacy of the project.

The virtual escape room is a valuable tool for engineers to promote engineering in a fun, interactive and engaging way – and it’s already generated interest within our own community of engineers as a way for them to communicate more effectively with young audiences and raise awareness about the engineering degrees on offer at Cranfield. Virtual learning environments are now being rolled out across our taught programmes, applying innovative teaching techniques to help train the next generation of master’s-level engineers.

This project was the first of its kind for the Cranfield Water Science Institute and it was an inspiring and enriching experience for all the parties involved. Engaging young pupils with real-life research through hands-on and interactive activities proved really rewarding and enjoyable to all the engineers involved in the delivery of the project. Working with young and underserved audiences, and seeing them developing a curiosity for water treatment, as well as an understanding of the chemistry concepts affecting their daily lives brought the team a real sense of achievement. Rather than ‘escaping the classroom’, this project brought the classroom/laboratory home.

After such a positive experience, the project team is keen to raise awareness of both the project and more broadly about water engineering – in the hope that pupils will better understand the power of engineering to shape the future of our planet, encouraging them to consider pursuing a career in STEM.

The team also hopes that the project showcases the value of engaging with young audiences and will inspire our community of researchers to communicate further about the outstanding research that is carried out at Cranfield University and it’s real-world, daily impact. The authors would like to thank Dr Mariella Ragni and Mrs Joyce Oppong - the teachers who provided the pilot school in this project. 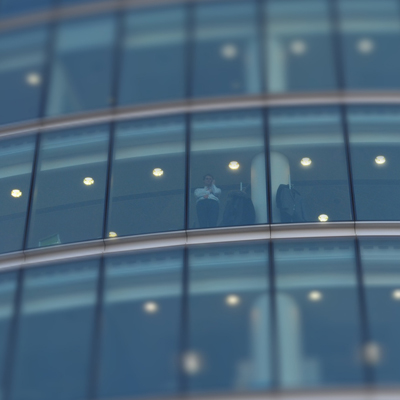 Escape the Classroom: Contamination Busters An outreach project from Cranfield Water Science Institute, funded by the Royal Academy of Engineering 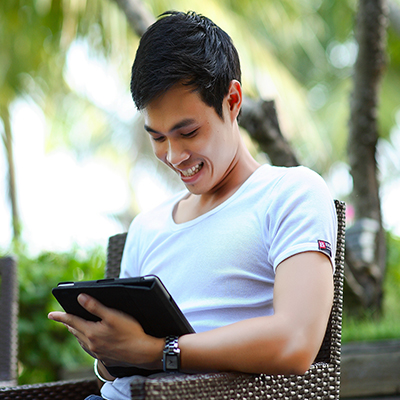