Sensing charcoal making and understanding links to deforestation in Tanzania

The use of charcoal as a primary fuel source in Tanzania is widespread and largely uncontrolled. It is estimated that in excess of 1 million tonnes of charcoal is used in urban areas of Tanzania as the preferred source of energy in many households. A large proportion of the charcoal produced is effectively unregulated. The number and distribution of charcoal kilns are not well known but could potentially be better constrained using ambient air monitoring exercises coupled with source apportionment studies, alongside questionnaires and GIS analysis of forestry, population and transport.

Charcoal production is a key driver in deforestation and other impacts on water catchments, especially in steeper mountainous areas. There is the potential for significant loss of cover, decreased water storage capacity, increasing potential for seasonal flash floods and changes to the underlying fluvial geometry.

This PhD project's aims are:

The potentially fine scale data derived from this project when combined via a GIS-based study with data available on deforestation, water courses and population density could identify links between charcoal making, deforestation and changes in the underlying fluvial system. Linking charcoal production with increased flooding risk and changes in water catchment in the region could potentially have important policy implications in the development of evidence based mitigation strategies. The deployment of this methodology has the clear potential to raise awareness of links between charcoal making and both forestry and water management at the citizen level with implications for education and ownership of issues which previously could be dismissed as not related. The primary operational environments these sensors will be used will provide significant feedback on sensor design and manufacture for use in these types of environments which is of value to the sponsoring industrial partner in terms of future instrument and sensor design and utilisation.

My PhD funded by the Sue White Fund

Sensing charcoal making and understanding links to deforestation in Tanzania 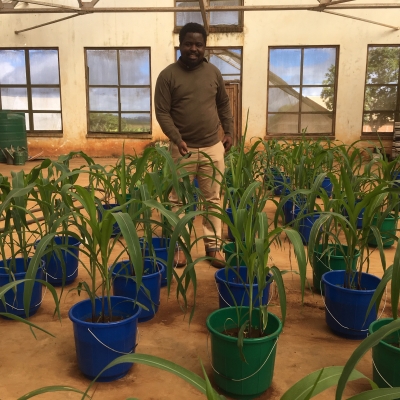 Projects funded by the Sue White Fund for Africa

Find out more about the ongoing projects