Generation Alpha will be the wealthiest, most educated and dynamic employees yet, and with the oldest Alphas celebrating their 20th birthday in 2030 the time for those working in education and businesses to start getting to know them is right now.

With that in mind, we spoke to Joe Nellis, Professor of Global Economy at Cranfield School of Management, and asked him to give us an overview of Generation Alpha.

Who are Generation Alpha?

Professor Joe Nellis (JN): “Generation Alpha are the children born since 2010 – the same year as the iPad was launched so they are sometimes called the “iPad generation”. They will be something else. More than 2.5 million Alpha children are born every week so by 2025 there will be over two billion Generation Alphas, but they will be a relatively small generation compared to previous generations. As a result, this generation will be better off - Generations Y and Z were worse off than their parents, but Generation Alpha will not because of the lower numbers.

“Another essential feature of Generation Alpha will be their longevity. They will take longer to take on adult responsibilities, stay in education for longer periods, join the workforce later, have children later. Many more of this generation will become ‘centenarians.

JN: “We’ve become used to the trials and tribulations of Generations X, Y and Z as employees and consumers. But that’s nothing compared with the impact to come from Generation Alpha. They’ll want, and demand, a lot more from education than we’ve ever had before. They are going to want more specialist knowledge – they will not want a broad education; they will want to go deeper into topics. They will want to explore and to be challenged. Master’s level qualifications will become the norm with students not being so quick to enter the jobs market until they have a high level of knowledge and expertise.

“Generation Alpha will also want flexibility. They are not going to sit at a desk for eight hours a day, in fact it could be that, for many, sitting at a desk all day could be outdated very soon especially considering the recent pandemic. However, they will be better able than previous generations to deal with complexity - all the multiple inputs from digital sources, new and changing projects - and translate the complexity into what’s simple and essential. This ability to process larger amounts of data, not be bogged down in the detail and work with what’s important will be a fundamental Alpha quality. They will have far more complexity to deal with.

What does this mean for work and employers?

JN: “This generation will be challenging for employers. Generation Alpha will see work as a series of projects and won’t want to spend their entire career with one or two employers. This will help them keep their attention focussed, but they’ll also want to be challenged – they won’t want a dull 9 to 5 existence – and they’ll want employers to be socially conscious and aware.

“Because Generation Alpha employees will prefer individual projects with their own rewards, they’ll be tougher to keep motivated and challenged, but a focus on lifelong learning and lifelong knowledge could help employers retain their talent. It is likely, however, that Generation Alphas will move in and out of employment, self-employment, and periods of learning and pure leisure.”

What about as consumers?

JN: “Manufacturers and retailers have spent the past 200 years working with consumers based on the cycle of product technology, opening up and refreshing their markets by introducing a series of new and surprising products - smaller, faster, better. Generation Alpha will be expecting more than mass-produced, off-the-shelf products.

“Given the access to information, they will know all about the products and how they can work and will instead be looking for personalised services. Why buy any product that can be provided free - like our smartphones - with just our customised services being paid for? It’s a model that will be more in demand for everything from personal transport to TVs. For example, Generation Alpha won’t want to pay for a car - just mobility.”

JN: “There’s no doubt that Generation Alphas are going to be an exciting, but challenging, generation for organisations in education and business to deal with.

“They have been blessed in many ways, able to benefit from a world created by previous generations. But it’s a world also loaded with challenges. The psychological impact of digital lives - the pace, the relentless change, connectivity, the lack of face-to-face contact and the impact of lockdowns during the pandemic - is yet to be fully understood.”

Event Webinar: The future of everything: Generation Alpha Join us for an exciting sprint into the future world of Generation Alpha. Born to digital technology, Alphas will be the wealthiest, the most intensely educated and the most dynamic generation that human society has yet seen... 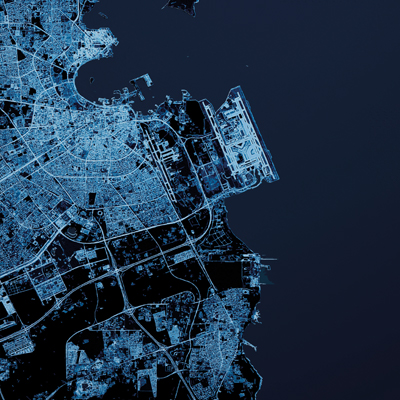