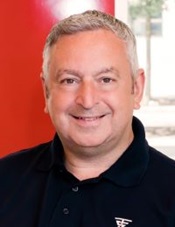 Ninian joined Vodafone on the 1st June 2009 as SCM IT Director, and was appointed to the board of the Vodafone Procurement Company in November 2009.

From 2014-2016 Ninian held the role of SCM Technology Director, and was responsible for all Technology sourcing in Vodafone including Networks, IT and new product development.  In March 2016 he was appointed as Director of Group SCM and CEO of the Vodafone Procurement Company.

Prior to joining Vodafone, Ninian held the position of Operations Director for Royal Mail plc, managing the largest work force in the United Kingdom with full accountability for the delivery of Royal Mail’s customer promise and its transformation programme.

Previously Ninian held senior positions in Cable & Wireless plc (Chief Procurement Officer & Group Property Director) and was a member of the board of the Caribbean business unit and Trustee of the Pension Scheme.

Ninian lives in Luxembourg with his wife Philipppa.