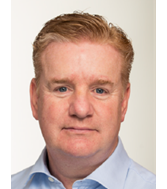 Neil is an independent advisor, mentor, chair and non-executive director with roles in a diverse group of businesses including Selazar, Kinaxia Logistics, IVIS Group, 2San Global, Localz and Dragonfish

Most recently, he led the delivery of the Department of Health’s National Covid-19 Testing programme throughout 2020 and early 2021 – building an enduring national resource capable of testing over 5 million citizens per day.

Previously, he was CEO at Collect+, the UK’s largest independent store based parcel network in early 2013 having been at the forefront of digital developments in retail for over 15 years, working for blue-chip brands such as Tesco, Kingfisher, Hallmark and The Cooperative.

After his time in retail, Neil took accountability for the Yodel brand, marketing, customer experience, strategy and commercial functions in November 2017 through his appointment as Chief Commercial and Strategy Officer.

Neil is a recent past Chairman of CILT(UK), a member of the Engineering & Logistics Staff Corps within the British military holding the rank of Lieutenant Colonel, and an Ambassador for Transaid. He was named in 2017 as the recipient of the Sir Robert Lawrence Award, a lifetime achievement recognition made by the CILT in recognition of pioneering and innovative contribution to digital retailing.