The unveiling of a vision for a ‘new model’ university in Milton Keynes has been described as an “historic day” for the city, and for future generations.

Plans for the new academic institution – currently known as MK:U – took a step forward on Wednesday, as Cranfield University was announced as the lead higher education provider at an unveiling event held in the city centre.

Business leaders, academics and members of Milton Keynes Council came together at the offices of Grant Thornton UK LLP – which overlook the proposed site of the new university – to hear more about plans for an educational institution fit for the 21st century, providing undergraduate learning focused on STEM (science, technology, engineering and mathematics) subjects.

Speaking afterwards, Iain Stewart, MP for Milton Keynes South, said: “I am delighted that the next stage of the exciting vision to build a university in Milton Keynes has been completed and equally delighted that Cranfield University will be the lead partner. This ties in very well with my work as the Government’s champion for the Oxford-Milton Keynes-Cambridge corridor as, with its focus on digital skills, MK:U will provide talent to support growth across the corridor.”

Mark Lancaster, MP for Milton Keynes North, added: “A positive partnership led by Cranfield University will ensure that MK:U is recognised worldwide as offering lifelong learning opportunities. This development will, just as importantly for MK, deliver economic growth and increased employment. I congratulate all parties involved in bringing the project thus far and I’m looking forward to seeing the next chapter.”

Meanwhile, Hilary Chipping, Acting Chief Executive of the South East Midlands Local Enterprise Partnership (SEMLEP), said: “The smart university plans are very exciting for our area. Milton Keynes, as one of the most innovative business areas in the country, and the distinctive expertise of Cranfield University in advanced engineering, aerospace and next generation transport systems make for a formidable partnership.

“Developing a talent pipeline of people skilled in the innovative industries of the future is central to the success of our economy in the South East Midlands and key to the success of the wider Oxford-Milton Keynes- Cambridge growth corridor.”

Phillip Smith, Chair of the MK Business Leaders Partnership, added: “We welcome the announcement of a new university model for MK based upon employability demand and working closely with businesses.  We applaud the efforts of Cranfield University and the Council in addressing skill levels in the city and will fully support this important initiative.”

Paul Campion, CEO of Transport Systems Catapult, said: “We are delighted at the announcement of MK:U. The TSC established itself in Milton Keynes because it is a hotbed of innovation and growth in the UK. For us, MK:U represents another important piece of the puzzle to make the area a world leader in transport and smart cities innovation and we look forward to supporting the project.”

It is estimated that around 5,000 students will eventually study at MK:U, with the full launch planned for 2023. Courses will focus on teaching the technology of the future world of work, leading in areas including digital, cyber, autonomy, robotics and artificial intelligence.

The next step will see Cranfield University work with its educational, technological and industrial partners Grant Thornton, MK College, Microsoft and Tech Mahindra on an 18-month feasibility study, which will consider the planning, design and financing of the new university. 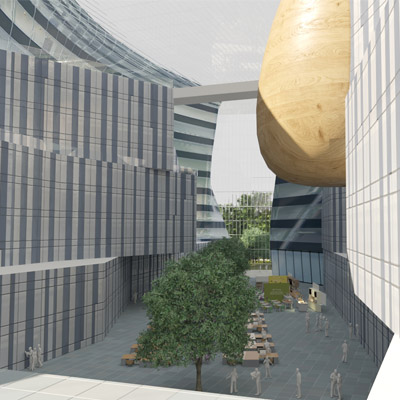