Two women leaders from the world of business were among those honoured by Cranfield University at graduation celebrations today (28 June).

Indra Nooyi, Chairman and Chief Executive of PepsiCo and Sarah Willingham, entrepreneur, investor and consumer expert, joined more than 1,000 postgraduate students from more than 100 countries receiving their degrees from Cranfield University today, on the first of two days of celebrations.

Professor Sir Peter Gregson, Chief Executive and Vice-Chancellor of Cranfield University, said: “I’m delighted this year that we are honouring two remarkable businesswomen. Indra and Sarah have made stellar contributions to their fields and we are proud that they are with us today to accept their honorary degree.”

Indra Nooyi is Chairman and Chief Executive of PepsiCo, one of the world’s largest food and beverage companies. PepsiCo’s main businesses include Quaker, Tropicana, Gatorade, Walkers and Pepsi-Cola, with more than $63 billion in annual net revenue.

Mrs Nooyi is the chief architect of Performance with Purpose, PepsiCo’s commitment to delivering sustained growth with a focus on making healthier products, protecting our planet, and empowering people.

On receiving her honorary degree, Indra Nooyi, said: “It’s truly a privilege to receive this award from such a remarkable institution. As the CEO of a company committed to what we call Performance with Purpose—doing what’s right for our business while being responsive to the needs of the world around us—we have learned a lot from Cranfield University about reducing food waste, curbing post-harvest losses, and driving greater yields for the world’s farmers.

“Together, in partnership, we are working to make the world more sustainable. I am deeply moved by this honour, and grateful to Baroness Young of Old Scone, Professor Sir Peter Gregson, and everyone at Cranfield for their recognition and ongoing partnership.”

Sarah Willingham is an entrepreneur, investor and consumer expert. Sarah has received a number of accolades for her contribution to business, in January 2016, she was named one of The Sunday Times’ ‘500 Most Influential people in Britain’. Between 2006 and 2008, Sarah appeared alongside Raymond Blanc as a judge and investor on the popular television series The Restaurant. In 2015, she was asked to join BBC2’s Dragons’ Den and, during two series, invested in six enterprises. She completed her MBA at Cranfield in 2003 and is a member of the Cranfield School of Management’s Advisory Board.

“‭I loved my time at Cranfield studying for my MBA, it ‭has always been a special place for me and I’m deeply ‭honoured to be receiving this award."

Other recipients of honorary degrees this year: 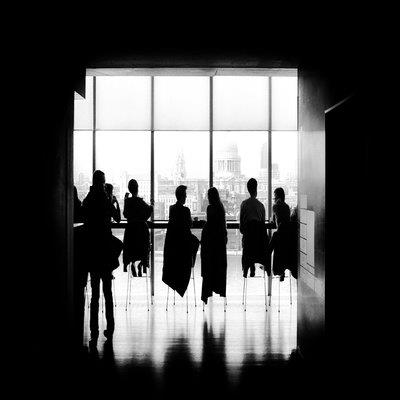