Increasing neurodiversity within organisations can boost skill base

At the start of Neurodiversity Celebration Week, new research from Cranfield University demonstrates the importance of organisations becoming more inclusive employers when it comes to neurodiversity.

It has been estimated that one in seven of the population of the UK is neurodiverse. However, according to research by the Institute of Leadership and Management, only half of managers would employ a neurodiverse person.

Last week, in an interview with The Times, The Second Sea Lord Vice Admiral Nick Hine, revealed that ten years ago he was diagnosed with autism.

Although the original use of the term, neurodiversity, is rooted in research related to Asperger’s syndrome, it has since been expanded to include dyslexia, dyspraxia, dyscalculia, Autism Spectrum Disorder (ASD), Tourette syndrome and Attention Deficit Hyperactivity Disorder (ADHD).

Research published in the journal, ‘Employee Relations’ by Cranfield University reveals that:

“In such a competitive global economy, it is surprising that more companies are not embracing the unique specialist skills that those who diverge from the ‘norm’ can bring to an organisation.

“Internationally, the neurodiverse represent an untapped source of unique skills that can be of great advantage to organisations. However, this research reveals a potential paradox where an organisation cannot identify those that would bring greater benefit to the workforce if the neurodiverse within that workforce is reluctant to reveal themselves because of the stigma of stereotyping.”

As part of the research two studies were conducted. One study, employed three exercises consisting of brochures, learning sets and posters to test organisational cues, notions of intelligence and situational cues. It collected data from 53 participants to establish whether stereotype threat observed in visible difference such as race, gender and intelligence is equally relevant to neurodiversity. The second study consisted of interviews with 44 participants to establish stereotype threat source, reaction and effect on declaration of invisible difference. 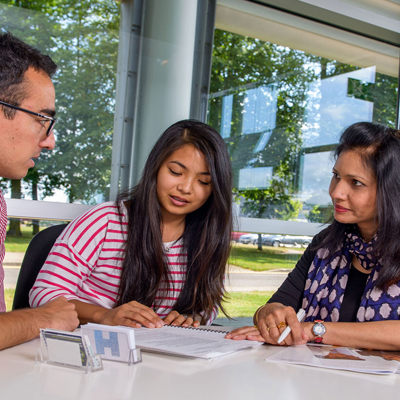