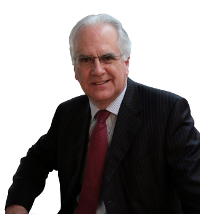 Michael was appointed Director of Cranfield School of Management, Cranfield University, in January 2003, to provide strategic leadership for the School's research, teaching, professional and administrative staff. During 2000-02 Michael was Head of Global Learning in the HR Corporate Centre of Shell International. He provided functional leadership to Shell's learning and education professional community worldwide, concerned with technical and skills training, change management and transformation learning, and management and leadership development. During 1990-99, Michael was Chief Executive of Ashridge Management College, with responsibility for the strategic development of its management research, executive education and organisation consulting services. Michael joined Ashridge as a researcher and worked on a wide range of projects in the chemical, construction and motor industries. On transferring to the teaching faculty, he concentrated his education and consultancy interests in the human resource management field. In 1985, he was appointed Director of Studies, a role which he combined with Deputy Principal, before becoming the Dean in 1988. Michael graduated in Biochemistry from Liverpool University and later specialised in the behavioural sciences when completing his MBA. As a researcher with a firm of economic consultants, Merritt Cyriax Associates, he contributed to a number of government sponsored industrial enquiries. Michael's first book, The Way We Work, published in 1979, was based on a review of the various approaches to employee participation adopted by major European companies. In 1987, Michael chaired a working party which contributed to the much-publicised BIM/CBI sponsored report, The Making of British Managers. In 1997, he was a member of the European Training Foundation's project team which authored a report on Reshaping Management Development in the New Europe. In addition, to his Cranfield responsibilities, Michael is the Past Chairman of the Association of Business Schools, a Non-Executive Director of the University of Stellenbosch Business School - Executive Education Ltd, a Member of the National Forum for Management Education and was previously a Vice-President of the European Foundation for Management Development. Michael was awarded an OBE, for services to national and international higher education, in the Queen’s Birthday Honours List in 2008. In April 2009, he retired as Director of Cranfield School of Management and became an Emeritus Professor of Cranfield University.