Why we love John Lewis at Christmas: The psychology behind festive adverts

Christmas is big business, and the world of the festive television advert is no different. Over the past decade, Christmas offerings from the likes of Coca-Cola, Aldi, M&S and John Lewis have become something of a phenomenon, capturing the hearts and minds of the public and spreading good cheer throughout the festive season.

Sitting down to watch the newest John Lewis advert has become for many just as much of a festive tradition as picking out a Christmas tree, putting up the lights and opening the latest door on the advent calendar.

But just what is it about these two-minute offerings that makes them more than just a reminder to spend your Christmas cash with a particular retailer this year? 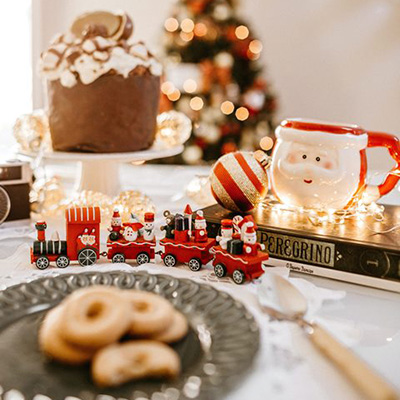 John Lewis, for example, has been creating a Christmas advert for many years, but it is only in recent times that they have grown in popularity. Its early offerings were very materialistic; yes, they referenced the process of buying and giving, but they were also about receiving lots in return. The adverts were like a conveyor belt, listing the items you could buy in store that year.

Everything changed when they moved into storytelling. Suddenly, instead of a product-orientated display, it was a case of: “Are you sitting comfortably? Let us tell you a story about how people feel when you give them a gift – about what all this means.”

The adverts really captured the public’s imagination. There was the little boy playing with a penguin that then became a toy, the snowman travelling across the countryside to find the perfect gift for his wife, the woodland creatures sneaking into a garden to play on a trampoline, and the fire-breathing dragon with very few friends.

The adverts became topics of discussion in the media and online, toys of the characters were festive best-sellers, the music used was boosted up the charts, and: “I’ve just seen the John Lewis advert: now it feels like Christmas” became something you might legitimately say.

Other brands followed suit, focusing their adverts on positive aspects of the Christmas spirit like spending time with family and showing love through the giving of thoughtful gifts, leaving the viewer to make their own connections to the brand.

The adverts we can’t avoid

The trend John Lewis started works because they have transformed the advert from something we want to ignore or fast-forward into something we want to watch. As human beings, we love a story. Take TikTok for example – the app has been around for years, but during lockdown it grew hugely in popularity because people who were bored at home started using it to share mini stories about what was going on for them.

Brands now have a much bigger audience for their festive adverts than their other offerings during the year, and the adverts themselves have a longer shelf life. As well as more people watching them on television, they are being discussed in the media and on social networks, streamed on YouTube and shared with friends. All this extra attention gives retailers an opportunity to move their brand perception.

John Lewis has historically been seen as an expensive shop, but their festive adverts position the brand as offering little Christmas treats, encouraging people who wouldn’t normally shop there to treat someone they love at John Lewis this year.

One of my favourites was Monty the Penguin back in 2014. As well as being a very sweet story, it cleverly let people know that John Lewis also sells toys, which many people didn’t know at the time.

A labour of love

Great storytelling doesn’t happen by chance, and the process of creating a Christmas advert is very different from that which brands will use to create their other adverts during the year. So it should be – a retailer like John Lewis will take around 70% of its sales between October and January. Typically, big brands will start planning in around February. This might seem early, but they are effectively producing a mini movie – albeit one that is typically only just over two minutes long.

The marketing team will work with a specialist agency that will be familiar with the brand and what they are trying to achieve, and they will likely do some testing once it is made to see if it resonates with the target audience. They are looking for emotional engagement: do people remember it, talk about it, want to share it?

We can be fairly sure the likes of John Lewis won’t get a lot of change from £5 million for the advert and its promotion, but they may see a return of up to 20 times that in terms of increased sales.

Not an exact science

But despite all the money, time and effort invested, the path to festive advert success doesn’t always run smooth.

For all the positive buzz around Buster the Boxer back in 2016, there was also some really negative feedback – particularly in London – where the idea of woodland creatures sneaking into a back garden wasn’t so appealing; at that time there had been a lot of stories about foxes getting into people’s houses and gardens and threatening or injuring children.

This year, with the Coronavirus pandemic, will have been particularly challenging. It has been a difficult year for many people, Christmas 2020 looks very different, and you can add to that the various restrictions throughout the year that will have impacted filming.

Perhaps it’s not surprising then, that I don’t think John Lewis’s Christmas advert this year is one of their best. To me, it felt a little disjointed, and it didn’t tug at my heart strings. I wonder if they might have had to make changes in the final edit. It also looks like it might have been made at a time when you didn’t have to wear a mask on public transport, as none of the characters on the no.222 bus to Tooting is wearing one, which is a bit of a faux pas.

I think McDonalds has done a great job this year, and I love the TK Maxx advert with the goat dressed up in a designer outfit. It’s tongue in cheek and ridiculous, but it is entertaining and I think it may even end up being my all-time favourite.

Dr Annmarie Hanlon is an academic and practitioner in digital marketing strategy and the application of social media for business. She teaches digital and social media at Cranfield School of Management on the Strategic Marketing MSc. 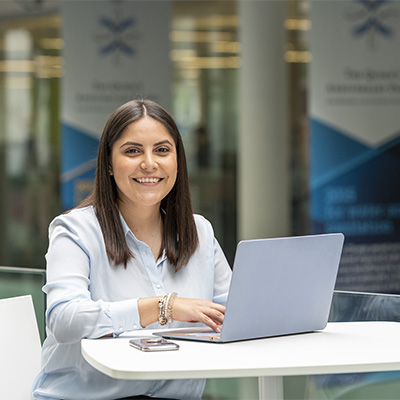