As an established entrepreneur, Pallav Sethiya was already involved in several business ventures prior to embarking on the Management and Entrepreneurship MSc at Cranfield, and was working on his latest idea with thoughts of bringing it to market during his studies. 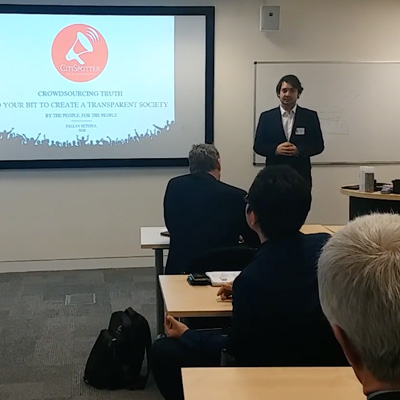 Little did he know then that a different idea he had been kicking around in the back of his head for some time was going to become an award-winning start-up that today is poised to protect some of the most vulnerable groups in society from online hate.

“Initially, the idea was to fight fake news,” he explained. “My co-founder and I started having conversations around creating a platform where people could collaborate as citizen journalists to fight the fake stories that had started to be a trend around the time of the US elections in 2016, and were happening in India at the same time.

“However, through the people I met and spoke to at Cranfield, I came to understand that the real problem was not the fake news itself, but the harmful content that was being generated as a result of that fake news.”

Together with his brother Dushyant, Pallav founded Citispotter during his time at Cranfield. The software platform offers businesses AI-driven analysis of content created and distributed online, including in website comments, reviews, on social media and in chat functions. Its algorithms flag harmful elements including bias, innuendo, hate speech, clickbait and content intended to deceive, allowing brands to avoid association with harmful content and helping to create a safer online environment for the vulnerable. The software can also be used at the content creation stage to optimise content for emotional engagement and credibility, and to check it for risk factors prior to publication.

“Online hate is a huge problem,” Pallav said. “The sheer amount of content being generated and consumed online every day is staggering, and now this content is not just being created by humans but by AI as well, increasing the scale of the problem exponentially.

“What happens is that people, under the umbrella of ‘free speech’, write very harmful things online. There is cyber bullying, trolling, body-shaming, and it disproportionately affects people from vulnerable sections of society, including women, children and different ethnic groups.

“This hate is having a real impact on people and the problem is only growing with time, as our consumption of online content grows. If this harmful content isn’t moderated, people become exposed to more and more of it, and it discourages them from opening up or having a voice, even on their own personal pages or profiles.”

Removing harmful content isn’t just the right thing to do, it is also vital for businesses wanting to protect their brand, as Pallav explains.

“Recently, Facebook lost close to $70 billion in one month because 400 of the biggest advertisers stopped advertising on the platform as they couldn’t remove harmful content in real time or even after it was flagged to them,” he said.

“Brands are now afraid of being next to harmful content. They don’t want to be associated with it.”

Offering a pioneering solution to a growing problem, it is hardly surprising that Citispotter is already gaining recognition for its endeavours. The business recently won the ‘Equality Track’ at the prestigious Oslo Innovation Week 100 Pitches 2020. As part of its prize, the Citispotter team is being coached by members of the senior management at global corporates Samsung and Accenture on how to develop the business to scale.

Highlights this year have also included participating in the UK finals of the Entrepreneurship World Cup, presenting in front of more than 900 global VCs and angel investors at the Disruptors.ai accelerator demo day, being named on the cofinitive #21towatch list, joining the Government-funded Cyber 101 network, and being invited by the Department for International Trade to set up its global headquarters in the UK under the Global Entrepreneur Programme.

Not bad for a business that is only just executing its first pilots with industry and that was shaped and developed at a university in a small village on the edge of Milton Keynes!

“I’m really grateful to Cranfield,” said Pallav. “The university has always supported our vision and been there to help us when we needed it.”

The final encouragement Pallav and Dushyant needed to take Citispotter forward came during Cranfield’s Start-Up Weekend, which provides a platform for entrepreneurs to present, test and hone their ideas in front of experienced business leaders and mentors. The company was also successful in securing a pre-seed grant from the Bettany Centre to help kick-start the business.

“Cranfield is the heart of entrepreneurial activities,” Pallav said. “When I started my MSc, I already knew how the entrepreneurship world worked but what the MSc gave me was a proper, organised way of dealing with things and managing people, as well as an understanding of the building blocks of running a business and entrepreneur finance.

“During the programme, we had access to many great minds from all over the world who made it very simple for us to understand how innovation happens and the journey we need to go on to build a successful business.”

Looking to the future, Pallav is excited to complete the pilot stage and begin offering Citispotter’s services to the industry at large.

He said: “My dream has always been to build and lead a team of exceptional people all working towards creating solutions for the betterment of society and now, through Citispotter, I’m able to do that.” 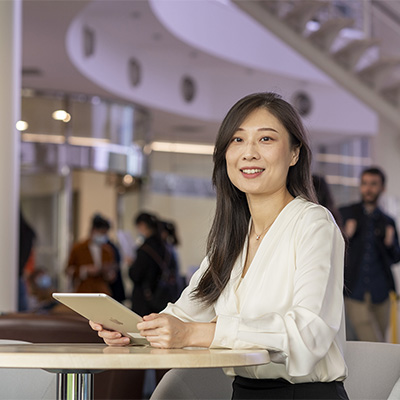 Course Management and Entrepreneurship MSc This course will teach you how to start your own business, grow a family business or innovate inside an existing organisation