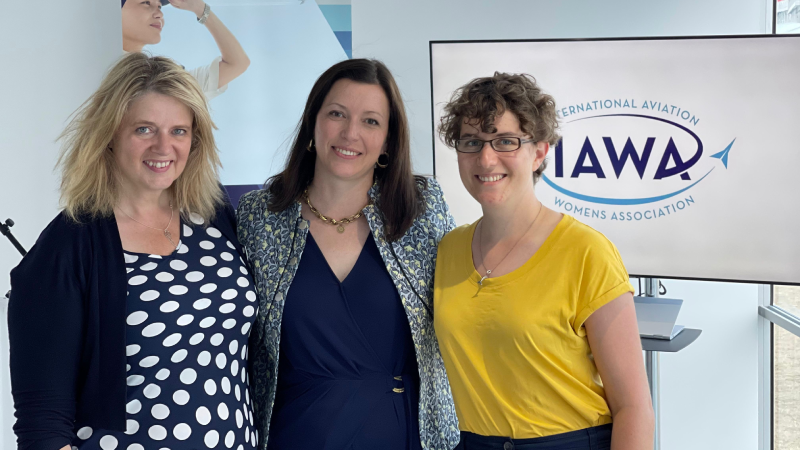 Cranfield University’s third recipient of the annual $5,000 aviation scholarship for women, funded by the International Aviation Women’s Association (IAWA), has been awarded to Zoe Ashford, a student who is studying an MSc in Astronautics and Space Engineering.

Zoe said: “I am thrilled and honoured to be the 2022 recipient of the Cranfield University IAWA scholarship. The IAWA provides essential development, networking, and recognition for women in the aviation and aerospace industry, and I am very grateful to be supported by them for my Master’s in Astronautics and Space Engineering. I hope to uphold the IAWA’s mission to ’Connect, Inspire and Lead’ throughout the rest of my course and in my future endeavours.”

Zoe has recently taken part in a successful launch of the first two-stage rocket ever flown at the Mach-22 competition in Scotland. Zoe and the Cranfield team now go forward to this year’s European Rocketry Challenge

The IAWA was founded in 1988, and its core goal is to develop the next generation of female leaders by introducing mentoring programmes, internship programmes and scholarships. The organisation works with universities across the globe to identify candidates and help progress their aviation careers.

Professor Dame Helen Atkinson DBE FREng, Pro-Vice Chancellor, School of Aerospace, Transport Systems and Manufacturing at Cranfield University said: “This scholarship helps to springboard the development of women at Cranfield who are passionate about careers in aviation. These students will be involved in new industrial developments and helping to increase the representation of women in the sector. Congratulations to Zoe on this big achievement.”

The standard of submissions for the award was extremely high and as a result, Cranfield University has awarded two runner-up prizes to Ana-Madalina Dasculu and Coralie Choisnet, both aerospace students. They were awarded £1,500 each by the University, funded by the International Women of Excellence (IWE) to acknowledge the outstanding submission submitted.

Ana-Madalina said: "I am really glad to see that there are organisations out there like IAWA and IWE that help to promote women in aerospace, in turn prompting women to excel in this sector in which they are fairly under-represented. As such, I am more than grateful to IWE for offering me this bursary and to Cranfield University for presenting me with this opportunity. I had not always known that aviation would be the professional path I would pursue, but nine months down the line following the Safety and Human Factors in Aviation MSc, I am more confident than ever that I made the right decision, and I am in the right place making the right steps towards my career."

Cranfield has specialised in aerospace technology for over 70 years, and it is the only European university with its own airport, its own aircraft, its own pilots and its own air navigation services. As members of the ‘Women in Aviation, Aerospace & Defence Charter’ and winners of an Athena Swan Bronze Award it has made diversity a priority and the scholarship from IAWA supports that work.