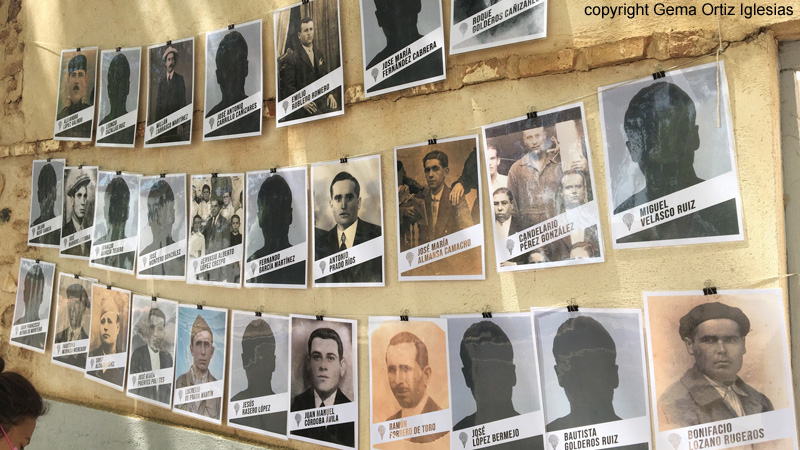 Forensic archaeologists and anthropologists from Cranfield University have started to recover the bodies of victims executed by the Franco regime at the end of the Spanish Civil War during an excavation in the Ciudad Real region of Spain.

The team from Cranfield is working with partners from the University Complutense of Madrid (UCM) and social anthropologists from Mapas de Memoria (Maps of Memory) to search for, exhume and identify those executed and buried in the civil cemetery at Almagro between 1939 and 1940.

Several bodies with gunshot wounds to the head, personal effects and parts of clothing have already been recovered and in total the team are searching for 26 people in this excavation which is focused on a separate area of the graveyard that has been closed for decades.

Families of victims have been found in the hope of identifying relatives through DNA analysis and returning the human remains for proper burial.

This exhumation is part of a number of recoveries from the Spanish Civil War which are currently being investigated in Spain. Since 2000, over 7,000 victims have been recovered.

Dr Nicholas Márquez-Grant, Senior Lecturer in Forensic Anthropology at Cranfield Forensic Institute (CFI), who is leading the excavation, said: “This excavation is particularly complex due to the number of victims and subsequent burials in the cemetery during the postwar period. Recovery of the bodies is carried out layer by layer and is only the start of the process to identify and bring dignity to the deceased and help to provide closure and peace to their families.”

José Barrios, whose great uncle – also named José Barrios – was executed and buried at the site, said: “When the excavation started I did not feel much but when they found the first body, I saw the skull and the feet of an individual, I thought: we are here now, we are coming to find you.”

The excavation period will last until the beginning of June and will be followed by a longer investigation involving anthropological analysis in the laboratory and DNA analysis until the end of 2021 to identify human remains recovered.

The first stage in the overall process was carried out by Maps of Memory to locate the graves through archival research and contact the families of victims through social networks and testimonies from neighbours.

Dr Jorge Moreno, director of Maps of Memory, a project of the National Distance Learning University (UNED), said: “Whilst archaeologists and forensic anthropologists work from the ground down, social anthropologists work from the ground up. Whilst scientists search for human remains, social anthropologists search for families, their histories and stories. Originally we had four families identified for this excavation and in ten days we now have 21 families and 21 stories. We find bodies on the one hand, and stories on the other that later connect.”

A total of 11 pits have been identified for the excavation, and several pits have more than one individual in them. Cranfield team members also include graduates and alumni from CFI’s Forensic Archaeology and Anthropology MSc.

Once remains are recovered, they are taken to the forensic anthropology laboratory at UCM to identify and determine the circumstances of the death of each of the individuals.

Dr Maria Benito Sanchez, director of the scientific team for the project from the School of Legal Medicine at UCM, said: “As forensic anthropology professionals we have the responsibility of putting our science to the service of the relatives who have been searching for their loved ones for a long time now. Since I started working on mass graves, there have been many rewards which I take with me, and all are for the relatives – they are the engine for this work.”

Genetic analysis with samples from family members and bone samples recovered then follows and where checks are positive, family members are identified. Remains will then be passed to the families for burial or returned to the cemetery to be buried again if that isn’t possible.

The wider Memory Maps project, which is funded by the Ciudad Real Provincial Council, has located 53 mass graves and named 3,457 people killed in the province of Ciudad Real by the Franco regime over the last ten years. So far the Almagro excavation is the largest mass grave opened in the province, although there are known to be others with hundreds of people buried in them. 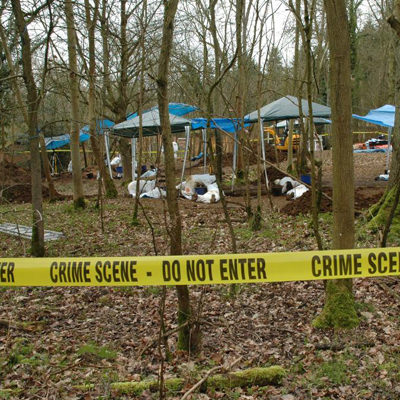 Can archaeological science and physical anthropology be applied in the forensic context?