The ongoing collaboration between, Cranfield University, Rothamsted Research and Mohammed VI Polytechnic University (UM6P) has announced further opportunities, with a dozen postdoctoral research posts now available. The announcement today builds on the previous commitment from the collaboration for ten 4-year PhD studentships which will start later this year.

Professor Leon A. Terry, Director of Environment and Agrifood at Cranfield University, said: “Our partnership brings together the very best in UK plant and soil science with the Mohammed VI Polytechnic University, an institution with the very highest of entrepreneurial and scientific ambitions for Morocco and wider Africa. The announcement of these positions offers a fantastic opportunity for the next generation of leading plant and soil scientists to help build African agricultural capacity.”

Rothamsted’s International Projects Officer, Nicola Yates said: “These positions are a unique opportunity for early career scientists as they provide a chance to work in UK and Africa, with academia and industry, as well as offering the possibility to apply for a permanent Research Fellow position in Morocco after successful completion of the postdoc.”

Those appointed will be employed on an internationally competitive salary by UM6P and will spend significant time in Ben Guerir, Morocco, as well as Cranfield University and Rothamsted in the UK.

The capacity building partnership, which was launched in March, is focusing on the delivery of a programme of world class research and the creation of a Centre for Doctoral Training, supporting the development of the next generation of African scientists and engineers.

The agreement comes on the back of growing relations between the UK and Morocco to strengthen collaboration in education, research and innovation fields. It is supported by OCP Group, which is one of the largest exporters of phosphate fertilisers in the world.

Follow the links below for more information on each fellowship: 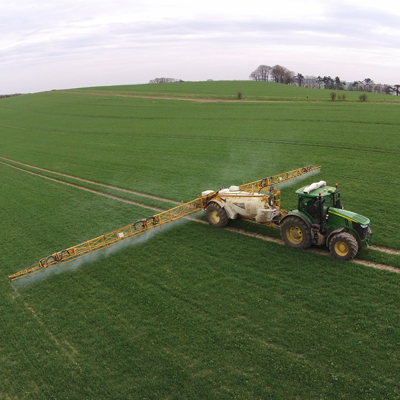 An international academic partnership has today been announced by Mohammed VI Polytechnic University (UM6P), in Morocco, and two of the UK’s leading agricultural research institutions, Rothamsted Research and Cranfield University.