Disproportionate referrals of Black, Asian and minority Ethnic (BAME) doctors to fitness to practise processes could be driven by poor induction and support, working patterns which leave them isolated and poor feedback by managers, research has found. The study, commissioned by the General Medical Council (GMC), was conducted by experts at Cranfield University and Middlesex University.

The Fair to Refer? research report found that employers and healthcare providers refer BAME doctors to the GMC at more than double the rate of their white counterparts. This means they have more chance of being investigated and, in turn, receiving a warning or sanction.

Combination of factors lead to disproportionate referrals of BAME doctors

Previous audits of GMC processes had found no evidence of bias so, to help address the disparity in referral rates, Dr Doyin Atewologun, Reader in Gender, Inclusion and Leadership at Cranfield University and Roger Kline, Research Fellow at Middlesex University Business School, were commissioned to conduct UK-wide research, and deliver recommendations that the GMC and others could act on.

Their report found a combination of factors that could explain disproportionate referrals of BAME doctors to the GMC:

The researchers also found that some organisational leadership cultures have a knock-on effect. Where leadership teams are remote and inaccessible, doctors struggle to approach them for advice and support, and may not be listened to. In addition, a focus on who to blame when things go wrong, rather than what needs to be learnt from an incident, compounds the disconnect between doctors and leaders. The researchers also found that the same workplace factors that created greater risk for BAME doctors also, at the same time, provided a level of protection for their non-BAME colleagues.

Wide-ranging study on a complex issue

Dr Doyin Atewologun of Cranfield University says that the research uncovered multiple and linked factors leading to the disproportionate referrals: “Our wide-ranging study focused on lived experience, which we felt was the best way to investigate this complex issue. We hope our four key recommendations will have real, measurable impact, encouraging employers and leaders to tackle what is clearly a system-wide problem.

“The factors behind disproportionate representation of certain groups of doctors in fitness to practice referrals are multiple and intricately linked, with ‘risk factors’ for certain groups of doctors and ‘protective factors’ for others layering upon one another to create a cumulative positive impact for some and a cumulative negative impact for others. We hope this study will help ensure these protective factors are present for everyone, and not just accessible to those doctors who happen to be ‘insiders’.”

Charlie Massey, Chief Executive of the GMC, said: “To deliver good patient care, doctors need well-led workplaces with just and fair cultures, and strong clinical leadership that fosters trust and confidence in employees. All of us who are responsible for the UK’s health services have a role to play in developing these environments.

“We want to avoid doctors being referred to us for issues that can be solved earlier locally. We want patients to receive the best possible care, which is best delivered by doctors working in supportive and inclusive surroundings. Doyin and Roger have delivered excellent practical recommendations grounded in the promising practices they saw at organisations where strong and positive leadership has embedded a culture of inclusion and fairness.”

Roger Kline, Research Fellow at Middlesex University Business School, commented: “We hope our research will prompt serious, sustained work to ensure that all doctors, irrespective of their background or characteristics or mode of employment are treated fairly within NHS employment, disciplinary processes or GMC referrals. At a time when the NHS is seeking doctors from around the world to support the NHS it is essential that their invaluable expertise is recognised, they are supported and are treated fairly. Our four main groups of recommendations are relevant not only for the GMC but equally for employers and for those responsible for the wider governance of the NHS."

Charlie Massey welcomed the recommendations: “We welcome the recommendations, including those for us. By working together with others, we can bring about the positive and effective long-term change needed to improve fairness across the profession. Ultimately that will improve the quality of care that patients receive.

“We’ve already started discussions with employers about how we can make sure safeguards are in place locally so that clinical governance arrangements for doctors are fair and free from bias and discrimination. Our commitment is to play a convening role to help us and other bodies make these recommendations a reality.”

The researchers spoke to more than 260 people for the study, from primary and secondary care providers, including GPs, locums, SAS (specialist and associate specialty) doctors, black and minority ethnic and white ethnicity doctors, as well as overseas and UK graduates. They also spoke to employers and healthcare providers, senior managers and HR leads. 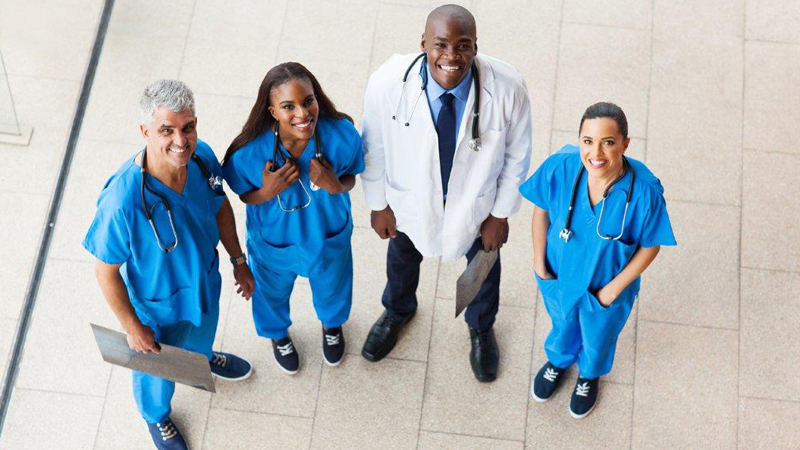 BAME doctors are more likely to get referred to the GMC