Marshall of Cambridge has announced today that it intends to relocate Marshall Aerospace and Defence Group (MADG) and that it has identified Cranfield as one of its three preferred locations.

Professor Sir Peter Gregson, Vice-Chancellor and Chief Executive of Cranfield University, said: “These are early-stage discussions but we are excited about this potential development on the Cranfield Air Park and look forward to having future productive discussions with Marshall.

“Located at the heart of the Oxford-Cambridge Arc, Cranfield has ambitious plans for our global research airport. These discussions with Marshall are aligned with our approved Air Park and Masterplan planning applications.

“This is an exciting time for Cranfield. Last year we were the first airport in the UK to install a digital air traffic control centre. We are currently developing the £67million Digital Aviation Research Technology Centre (DARTeC) which will help the UK unlock the potential of digital aviation.”


In its statement today, Marshall said: “We will be progressing discussions with stakeholders for all three sites over the coming months and expect to be in a position to make an announcement sometime next year. This is a huge undertaking which will require careful planning and we anticipate that we will complete a move by 2030.” 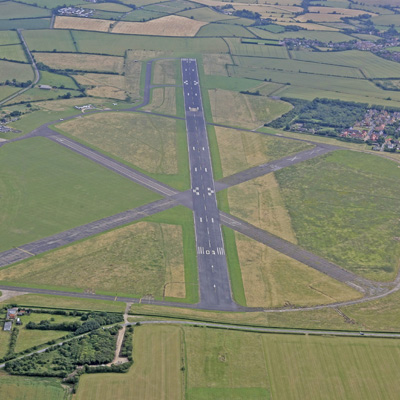 Proposals for a new Air Park at Cranfield Airport have taken a step further, with the granting of outline planning permission by Central Bedfordshire Council.