We are a driving force in the advancement of manufacturing innovation. We link fundamental materials research with manufacturing to develop novel technologies and improve the science base of the manufacturing research. Manufacturing excellence in niche areas is supported by world-class and near industry scale research facilities. Manufacturing is one of our eight main themes of academic focus.

Proposed terms of reference for the Council are to:

1. Advise on the academic plan for Manufacturing.

2. Advise on strategic industrial and other partnerships development.

3. Oversee and influence the organisation/development of the National Manufacturing Debate and National Apprenticeship Competition.

4. Select the annual ‘Distinguished Cranfield Manufacturing Alumni Award’ for the Alumni Day in May.

5. Advise and support development of a new Manufacturing Building within the campus master plan.

The Council is expected to meet once a year. The first meeting of the Council was on 8 February 2016.

Alec Broers is an engineer who has specialised in the design and use of electron microscopes, and in the fabrication of microelectronic chips.  He studied at Melbourne and Cambridge Universities and was a researcher at IBM’s R & D laboratories in New York for nineteen years where he fabricated the first man made devices with nanometre dimensions.  He was appointed IBM Fellow and held responsibility for the advanced development of IBM’s microchips. In 1984 he returned to Cambridge where he extended the technology of miniaturisation to the atomic scale.  He subsequently became Head of the Department of Engineering, Master of Churchill College and Vice-Chancellor of the University. 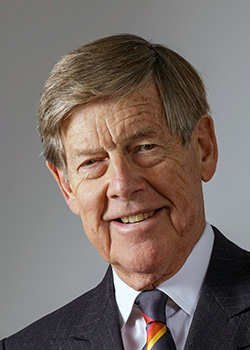 He has been a a non-executive director of Lucas Industries and Vodafone and several high technology start-ups and is presently a non-executive director of Flex-Enable a Cambridge company that specializes in the application of flexible electronic displays.  He was President of the Royal Academy of Engineering from 2001 until 2006 and is an active Fellow of the National Academies of Engineering of the USA, China and Australia. He was appointed a Cross-bench Member of the House of Lords in 2004 and chaired the Lord’s Science and Technology Committee from 2004 until 2007.  He has chaired the National Manufacturing debate at Cranfield university since 2012. 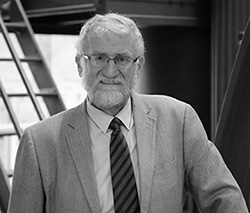 Professor Gerry Byrne is one of Ireland’s most senior international engineers and has been actively involved in applied R&D and Innovation for over 30 years.  A brief overview of his positions and accomplishments:

Russell is leading the development of Thales’ Cyber and Digital Trust business, positioning Thales as the leader in providing innovative trusted security solutions that enable organisations to exploit the benefits of digital technology especially: Connectivity and IoT, Big Data, Autonomy, AI and Industry 4.0. 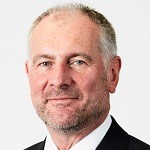 Russell was the Technology Director at Atkins where he previously led Atkins Security and Intelligence business and also set up and successfully grew Atkins Security consultancy.

Russell is a mechanical engineer and with over 30 years’ experience in senior executive, project management, and consultancy roles. He is a Cranfield Fellow in Manufacturing Management and sits on the University’s UK Manufacturing Council. 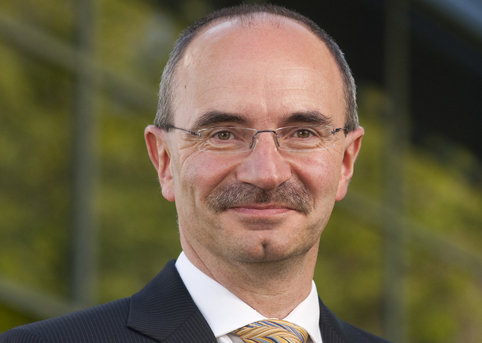 Dick is a career veteran from the automotive industry, with the bulk of his time spent at Land Rover and then Jaguar, where he was engineering director. At Land Rover, where he started his career as one of the key project team members on the original Discovery programme, he became a member of the Board from where he led the creation, development, and manufacture of the Freelander. Prior to his current role, Dick was the CEO of Torotrak plc the FTSE listed developer of traction drive technology.

Dick takes a keen interest in engineering innovation at a national level as a board member of the Aerospace Growth Partnership and through the Automotive Council where he is responsible for the manufacturing agenda. He sits on the UK’s Transport Research and Innovation Board and is a founding member of the UK Resources Council. He is a board member of the Henry Royce Institute, and a member of the UKRI-STFC Council. He supports the research and technology community both here and in Europe through his board roles with AIRTO and EARTO. Dick is the holder of a Silver Medal from the Royal Academy of Engineering and is also a Fellow of the IMech E and IET. 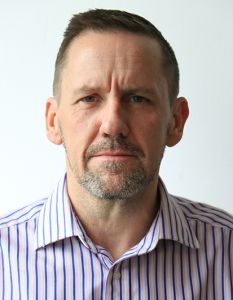 He has a degree in Banking, Insurance and Finance and an MBA. Nick has 25 years’ experience in media having established Ark Group in 1994. He sold this business in 2005 to the quoted media company, Wilmington. Nick acquired The Manufacturer in 2008 from receivership and has built it into the most significant and well-respected publication and web community within manufacturing. Nick was seconded into Government and spent 18 months working for the Dept of Business Innovation and Skills where he led a project that aimed at changing the image of manufacturing and the legacy of that work is still seen today with the EEF Photography Competition, See Inside Manufacturing programme and the Made in Britain campaign. Nick sits on the IET Manufacturing Policy Panel and the Industrial Advisory Board at Cranfield University.

Dr Mughal is an internationally acclaimed Manufacturing Leader with over 32 years of experience in the Automotive and Aerospace Sectors. During this period he has held senior positions in a number of disciplines including, Product Engineering, Operations Management, Manufacturing Engineering & Technology, Supply Chain Management and Product Development of large scale programmes. 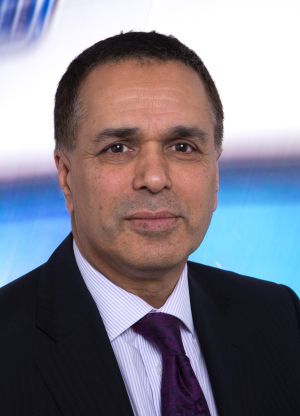 He joined Rolls-Royce in 2002 from BMW Group where he was Director of New Product Programmes.

In his current role as Director of Global Manufacturing, Rolls-Royce plc, Hamid is responsible for leading the Manufacturing strategy and activities across the company’s Civil, Defence and Power Systems Businesses. This includes the development, deployment and leadership of leading edge Manufacturing, Methods, Processes & Technologies, Systems, Quality Assurance and the application of Rolls-Royce Production System to achieve ‘Best in Class’ performance. He is also responsible for the professional development of the Manufacturing community in the company.

Hamid has an Honours degree in Mechanical Engineering, BA in Mathematics and Technology, MSc. in Production Engineering & Management and a Doctorate in Manufacturing Systems. He has also been awarded Honorary Doctorates from the Universities of Hertfordshire, Birmingham, Sheffield and Strathclyde.

He has a keen interest in the latest developments of Manufacturing and Supply Chain Management and contributes regularly to professional bodies in his capacity as Pro Chancellor, University of Nottingham and External Professor of Manufacturing at Cranfield, Hertfordshire and Sheffield Universities. He is a Chartered Engineer, winner of International Manufacturing Gold Medal, Fellow of Royal Academy of Engineering, IMechE and IET, Board member of the Unipart Group and Leader of Defence Growth Partnership’s Value Chain Competitiveness strategy.

Hamid passionately believes in the social and economic value of High Value Manufacturing. He has played a leading role in the advancement of competitive Manufacturing by promoting collaborative programmes such as the application of Lean Production Systems, Global network of Advanced Manufacturing Research Centres, formation of UK’s HVM Catapult and cross-sector education and training for industrial leaders

Hamid received an OBE in the 2014 New Year’s Honours for services to Innovation, Technology and Manufacturing.

"Just having the debate, which, I hope was good for Cranfield University, was also quite good for me because it allowed me to think about some things. What we might need for future generations of manufacturing in Aston Martin".

Dr Andy Palmer, CMG, is the President and Chief Executive Officer of Aston Martin Lagonda Ltd. He joined the business on October 1 2014. 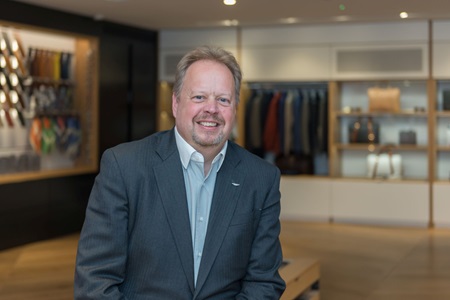 Palmer is a British-born chartered engineer, chartered manager and businessman with 38 years of automotive industry experience. He is an indentured apprentice and graduated from Warwick University with a Masters Degree (MSc) in Product Engineering in 1990, and acquired a Doctorate (PhD) in Management from Cranfield University in 2004. He is a Chartered Engineer and a Fellow of the Institution of Mechanical Engineers. In 2010, Coventry University awarded Palmer an Honorary Doctorate of Technology and in 2014 he was appointed Professor, advising the university in the automotive field.

In his time as CEO of Aston Martin, Dr Palmer has led the company to record financial results, delivered under the company’s ‘Second Century Plan’. A comprehensive plan to transform and grow the company, this plan sees Aston Martin launch a new car every nine months through to 2022.

Prior to joining Aston Martin, Palmer held the post of Chief Planning Officer at Nissan Motor Co and was a member of the Nissan Executive Committee. Palmer started his professional career in 1979 aged 16, as an apprentice at Automotive Products Limited (UK).

In the 2014 New Year’s Honours list Palmer was named a Companion of the Order of St Michael and St George (CMG) in recognition of services to the British automotive industry. 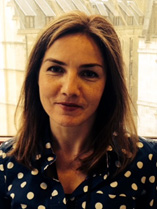 Clare leads cross cutting manufacturing policy and delivery for the Department of business Energy and Industrial Strategy. Priorities include developing the UK’s position as a leader of the 4th Industrial Revolution through the Made Smarter programme; Strengthening UK Supply Chain and Value Chain Capability policy and programmes and International advanced manufacturing policy engagement.

Clare’s team works with a range of stakeholders including industry, trade bodies, institutions and academics to ensure that government policy meets business need.

Clare became the Head of Manufacturing in BEIS in August 2014. Clare has worked for BEIS since 2011 and before manufacturing, led on Growth Deal policy and worked on the Heseltine Review. Clare joined the civil service in 2002 and has worked across a number of government departments and policy areas including counter terrorism, community cohesion, 2012 Olympics and UK drug policy.

Chris is the Director of the Institute for Industrial Strategy, King’s College London, and former Member of Parliament for Warwick and Leamington. 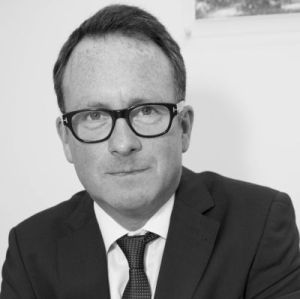 In his former role as an MP, he was a member of both the International Development and Business, Energy & Industrial Strategy Select Committees and chaired the All Party Parliamentary Groups on Manufacturing, Social Enterprise, and Video Games.

Amongst other roles, Chris is now the President of the Warwickshire College Group, a Board member of Social Enterprise UK, the think-tank Policy Connect and the British Games Institute. He has recently been appointed to the Editorial Advisory Board of The Manufacturer publication.

Chris has written various papers on topics including the Industrial Strategy and Social Value in collaboration with King’s and Social Enterprise UK respectively. He is proud to be the author of the Private Member’s Bill, now know as the Social Value Act.

Steve has an Engineering degree from the University of Cambridge, and an MBA from the London Business School. 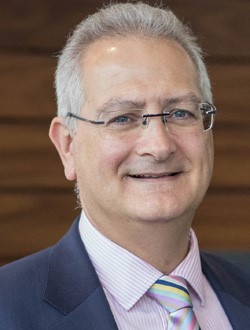 Steve began his career at the Ford Motor Company, where he spent 8 years on a variety of product development projects. He joined JCB in 1991, and gained 16 years’ experience in a variety of engineering and leadership roles. In 2008, he joined Network Rail, mainly as Director of Engineering, and chaired the cross industry Technical Strategy Leadership Group, which launched the Rail Technical Strategy in 2012. He was chairman of TWI from 2010-2013. In 2013, he was appointed as CEO of the Transport Systems Catapult, building the business into a 150-strong organisation, delivering over 120 industry led projects, such as the Lutz Pathfinder driverless pods project which was the winner of the National SMMT Innovation award in 2015. He is a chartered engineer, a fellow of the Royal Academy of Engineering, the IMechE, and The Welding Institute. Steve now has non-executive director positions in the Innovation, Research & Technology sector, at both TWI and AIRTO.

"We’ve got a cultural environment in the UK today that’s not encouraging expansion into modern technology manufacturing. Cranfield has a huge role to play".