Since 1999, our annual Female FTSE benchmarking report has provided a regular measure of the number of women executive directors on the corporate boards of the UK's top 100 companies.

The Female FTSE Index is announced each year, and attracts considerable press attention in the UK and internationally. Reports are available from 2005 onwards (excluding 2011 due to a change in the release date, Autumn 2010 changed to Spring 2012). The Index is incorporated in the Reports. 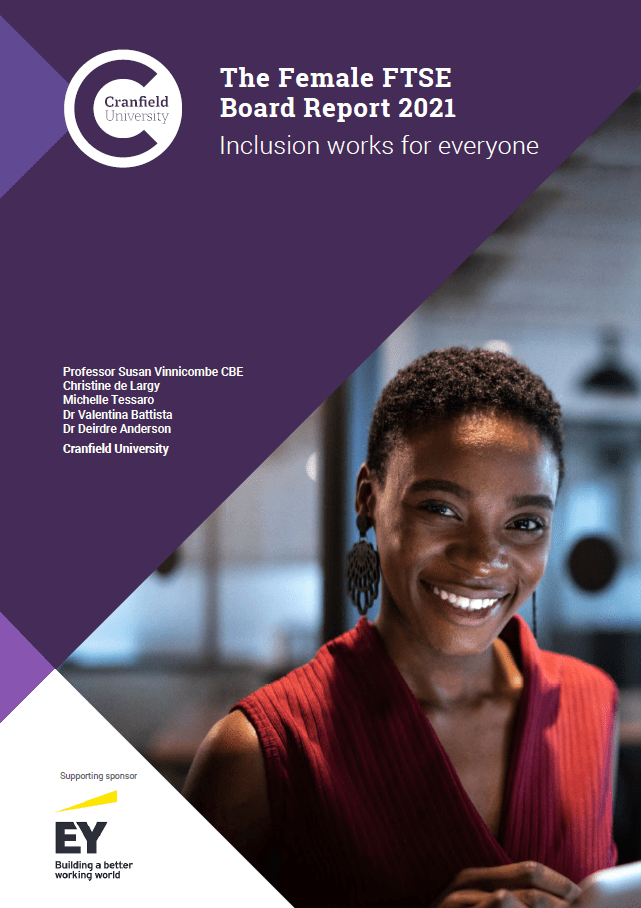 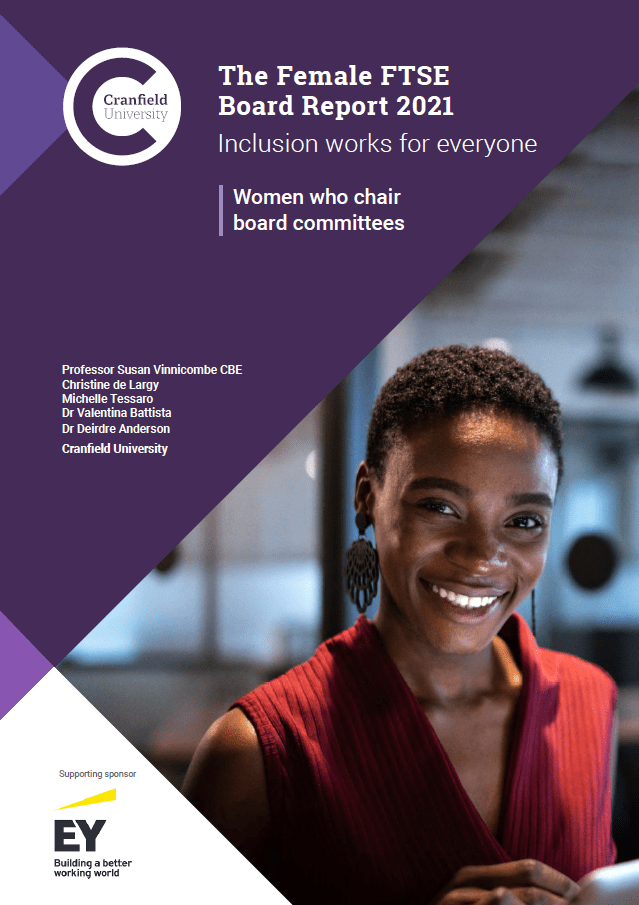 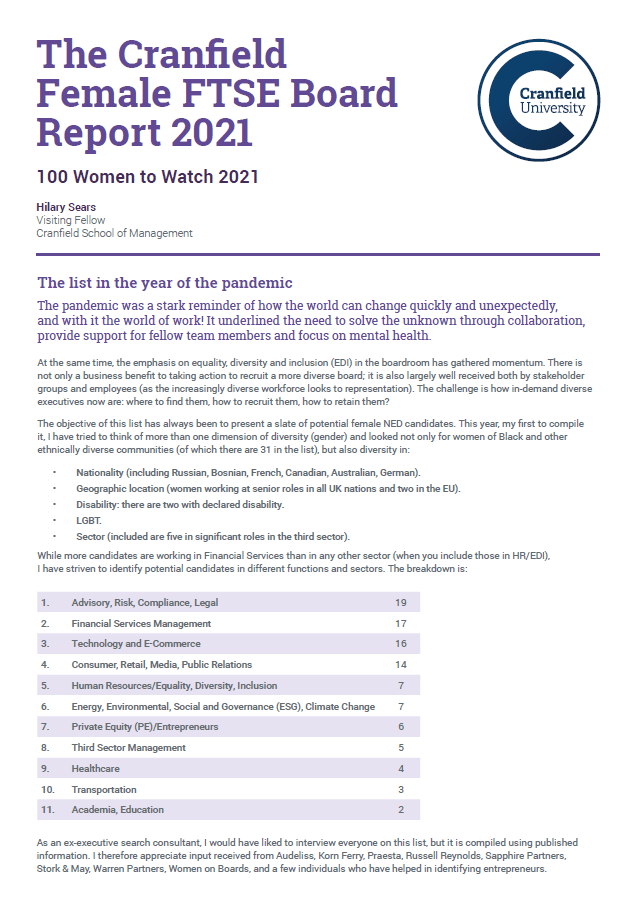