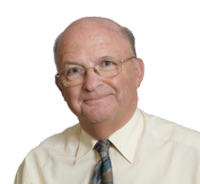 After taking a degree in Natural Sciences, specialising in Physics, at Cambridge University Rick joined Philips Research Laboratories in 1965 where he worked for 13 years on thermal imaging, acoustic wave devices and radio systems, receiving 26 patents and publishing over twenty papers. He obtained a Ph.D at Queen Mary College London based on this work.

After 3 years as a Corporate Planner for Philips UK, he moved to their Pye Telecommunications subsidiary in Cambridge to set up a Radio Systems Division, which he then managed for 4 years, before becoming International Development Manager for the Philips mobile Radio business in 1986.

Joining Domino Printing Sciences plc, in 1988 Rick managed both the R&D and Quality functions and developed the company's expertise in new areas such as laser-based equipment. He joined the board as Group Technical and Quality Director in 1994, retiring in 2003.

Rick is also RAE Visiting Professor in the Department of Engineering, Cambridge University.

He is co-author of "How to Profit from Innovation" (Director books 1990, with Alan Barrell and Walter Herriot) and “Innovation Management. Strategy and Implementation using the Pentathlon framework” (Palgrave Macmillan 2005 and 2010, with Keith Goffin).