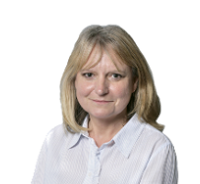 Patricia’s research is focused on the concept of social capital and the part that this plays in senior-level promotion. She is also interested in the gendered aspects of senior-level promotion systems. She completed her PhD at Cranfield University specifically looking at the role social capital plays in MD-level promotion in investment banking. Her work has been published and she has presented at several conferences in the UK and overseas. Patricia is a member of Cranfield’s International Centre for Women Leaders and assists with various projects including the production of the annual Female FTSE Board Report and its supplement, 100 Women to Watch. Sponsored by government and major organizations, the report analyses the demographic composition of the FTSE 350 corporate boards and executive committees. The annual report has a considerable reputation and research impact, with the findings cited in 100+ broadsheet newspapers, radio and television channels, and practitioner journals across the world each year.

Alongside her academic interests, Patricia continues to run her own training and development consultancy specialising in management and leadership development, she works with listed PLCs as well as a number of SMEs, both in the UK and abroad. She is a member of the British Academy of Management, the British Psychological Society, the Association for Business Psychology and the Association of Coaching.