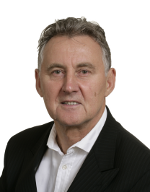 A Cranfield MBA, Alan divides his work time between advising virtually any type of organisation on its performance ranging from start-ups to the NHS; and Non-Executive Directorships ranging from Pluto Publishing to the Royal Town Planning Institute. In 2002 he became Chair of Science in Enterprise at the Royal Institution of Great Britain in London. This is with the purpose of making work and the work-place better understood.

At PwC (then Coopers & Lybrand) Alan's career kick-started in the 1970s where he was an International Tax Manager, specialising in Energy. Since 1981 when he was head-hunted to join a natural resources consultancy as Oil Analyst he has been a serial working investor earning stakes in a variety of companies, mainly in the TMT sector. In 1984 he co-founded and built a Strategy and Marketing Services concept from a blank sheet of paper to over 200 professional staff with a turn-over of £30 million. Since then Alan has devoted an increasing amount of his time to the Third Sector.

At Cranfield Alan has lectured and tutored for the Business Growth Programme; the Bettany Centre and Cranfield Health. His published Cranfield research into “High-Growth company valuation (1999)” resulted in conference speaking engagements in Lyon, Belfast and the Cambridge Enterprise Conference. The London Stock Exchange and ICAEW funded a monograph on “City stakeholder strategy (2001)” to which he contributed. Other publications include his chapter in the McGraw-Hill Book on “Skills Training in Research Degree Programmes (2007)” and “Evaluating the well-being of PhD research students (2011)”.