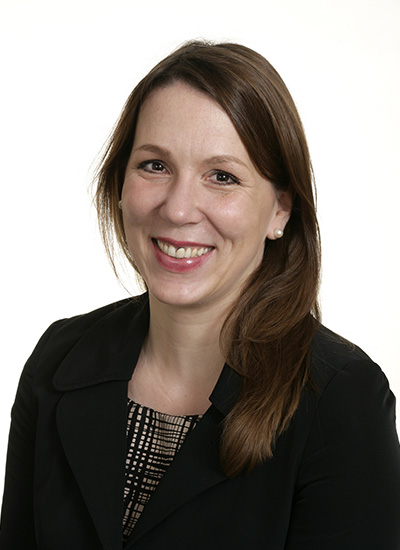 Stephanie has a passion for early stage and growth companies, with special regard to family businesses.  She is the Director of the Bettany Centre for Entrepreneurship, the entrepreneurial hub at Cranfield University, and the Director of the Business Growth Programme (BGP), the longest established owner-manager programme in the UK.  Aside from her work with start-ups, she regularly cooperates with charities and firms on how to encourage and implement intrapreneurship.

In recent years Stephanie was the Director of the Cranfield’s full-time MBA programme.  She teaches a wide range of entrepreneurial topics and quantitative research methods on executive, graduate, and doctoral levels.  In addition to her experience at Cranfield, she has gained numerous experiences in teaching at foreign universities, such as the ESMT Berlin, the Prince Mohammad Bin Salman College (MBSC) in the Kingdom of Saudi Arabia, Beijing Normal University in China or Muscat University.

Her current research focuses on entrepreneurial resilience, family business, and business survival.  She has written several prize-winning case studies and is now frequently asked to give talks about case study writing and teaching.

Stephanie has also been an invited member of the judging panel for the National Business Awards, the Great British Entrepreneur Awards, Growth Investor Award, and the Case Centre Awards Competition.  She has been an external mentor at JLAB, the John Lewis incubator and recently was appointed Senator at the Grand Assembly of the World Business Angels Investment Forum.  Stephanie is a Trustee of the Cranfield Trust, a UK national charity taking practical action, to support the development of successful voluntary sector organisations.