Our long tradition of management education means that we have a global alumni network of over 18,000 members in over 130 countries worldwide. As a student, you will gain access to this influential network and the career development opportunities it provides, as well as to the broader Cranfield University alumni network of over 58,000 members. Many of our alumni hold senior management positions within their organisations and have a wealth of experience getting and succeeding in challenging roles. They value the time they spent at Cranfield and are happy to advise on career paths, key industries and employers.

Nicki Doggart was responsible for taking Hotel Chocolat – the British luxury chocolatier and cocoa grower – global, and in particular for its US launch in 2007. The entrepreneurial pace of Hotel Chocolat combined with the company's 'engaged ethics' platform drew her to take the role – Hotel Chocolat is dedicated to improving the lives of its cocoa farmers in Ghana and St Lucia. She went on to found her own consultancy and now helps other companies to enter the US market.

Rob Watkins is CIO of Compass Group North America, a leader in food service management. He has responsibility for leading and aligning the North American technology resources to enable Compass' continued growth and change. Rob exemplifies the company's commitment to support local communities by serving as a member of Charlotte Mecklenburg School's Technology Advisory Board.

Stephen Williams was responsible for leading Royal Bank of Scotland's Investment Banking business in Australia, a business he started from scratch in 1999, with just three employees operating from a hotel room and which grew, after merging with ABN AMRO in 2008, into a business with a top five market position, in excess of 600 employees, and revenues in excess of A$800million annually

John McFarlane retired as chief executive of the Australia and New Zealand Banking Group, one of Australia's leading banks in 2007, turning around the financial performance of the bank, and spearheading an effort, called "Breakout", to transform it. McFarlane began his career in manufacturing with Ford and subsequently had a long and distinguished career in banking. He has been awarded the OBE and the Australian Centenary Medal. He is now Chairman of Aviva.

Tito Adeniyi-Aderoju is Chief Client Engagement Officer with InterSwitch in Nigeria, a transaction switching and payment processing company. She has won a range of awards both for herself and her company including a Marketing World's 'Top Women in Marketing' award, a 'Best Corporate Social Responsibility Campaign' award from the West Africa Branding Society, and an International Superbrand Award. 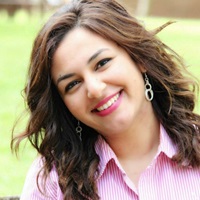 I was impressed by the quality of Leadership education in Cranfield. The programme has taught me a lot about how to become a successful leader and about understanding others' map of the world.

Awanti Bele is a director at Ennovent, a company which supports entrepreneurs that advance innovations for sustainability at the base of the economic pyramid. She has more than seven years' experience in project management and strategy consulting in the field of NGOs, anti-corruption and the corporate sector, and managed the anti-corruption initiative ipaidabribe.com, one of the fastest growing repositories of crowdsourced corruption stories. She strongly believes that technology can herald social change and has a background in technology having worked for TCS and Motorola in India and the UK.

Nick Jenkins revolutionised the greetings card industry when he launched Moonpig.com in 2000. He worked on the business plan for the company, which sells personalised greetings cards online, while studying for his MBA at Cranfield. Moonpig now sends out more than 12 million cards a year, has an annual turnover of £40 million, and employs more than 100 staff. Since merging the company with PhotoBox, who paid £120 million for the deal, Nick is has spent more time focusing on green energy investments. He is now co-owner of online menswear retailer Smart Turnout.

Sarah Willingham is a serial entrepreneur, investor and personal finance expert. In 2004, she raised the finance to buy The Bombay Bicycle Club and turned a loss-making chain of six restaurants into a profitable group of seventeen. Sarah has appeared on the BBC TV series The Restaurant with chef Raymond Blanc and on The Apprentice as one of Lord Sugar's advisors. She regularly appears on TV and radio, commenting on personal finance and consumer affairs. She is a founder and investor in LetsSaveSomeMoney.com and LondonCocktailClub.co.uk..

In 2007, Charlie Mayfield became the fifth chairman of the John Lewis Partnership at the age of 40, having worked his way up through the company. As chairman, he has continued to promote the founders' vision of a democratic, profit-sharing partnership. All 69,000 permanent staff of the organisation are partners, sharing in the benefits and profits of a business. In June 2011, Charlie became President of the Employee Ownership Association which represents companies owned by their employees

Andy Wood is Chief Executive of the highly prestigious Suffolk brewer Adnams. He has been with the brewery for 14 years, playing a key role in making it one of the most environmentally friendly businesses in the world. One of the outstanding changes that he introduced was the replacement of the one-hundred year old brewing system with one that has outstandingly green credentials providing dramatic energy and water savings. As a result the business has won many environmental awards. Andy is also the Chairman of a drugs and alcohol harm reduction charity.