Share
The project focuses on using UAVs to gather information about an unfolding flooding disaster, allowing emergency response units to prioritise resources and deploy them effectively. It will also address the challenges associated with flying UAVs in difficult situations, as well as how the data can be combined with accelerated flood inundation models to generate detailed evacuation plans, build community flood resilience, save lives and reduce economic damage.

Earlier this year, the Indian Parliament put forward a national action plan under the Disaster Management Act with the aim of substantially decreasing the loss of life, livelihoods and assets, by improving the country's response to disasters. At the heart of the management of these issues is developing a good knowledge of the underlying communities and their infrastructure and the state of these endangered systems at critical times, particularly during the onset and development of the flooding event.

Areas of focus include:

The project focuses on using instrumented UAVs to collect and collate relevant information about an unfolding flooding disaster. Cranfield University are focusing on improving the capabilities of UAVs and making them more resilient for harsh weather, maintaining performance during adverse weather conditions, during intermittent loss of communication with the base station, overcoming the loss of operator visuals, providing the ability to recover the vehicle without a runway and avoiding potential collisions with unexpected obstacles within the flight domain.

Existing models and engineering mathematics techniques from University of Exeter will be enhanced to work in real time. These will be combined with higher resolution digital elevation models produced by improving the stability of UAVs. The digital models will enable changes in terrain to be monitored in real time and allow us to see where flooding will occurring and exactly how catastrophic it may be; allowing evacuation plans to be put in place. This could result in saving lives and reducing economic damage.

The beneficiaries of this project would be NGOs and emergency response units in the immediate area, allowing NGOs and first response services to better understand the consequences of flooding to help them make timely and better informed decisions. Insurance companies, construction companies, town planners, policy makers etc. could potentially be considered to benefit in the future.

The combination of 1cm resolution from UAV and 1m from satellites together could provide more information than previously.

Unlike usual projects where UAVs are flown singly, this project will see different UAVs flying at the same time (swarm) which will allow a larger area to be covered.

There will be a transfer of lessons and experiences between the UK and India - a large exchange of knowledge. 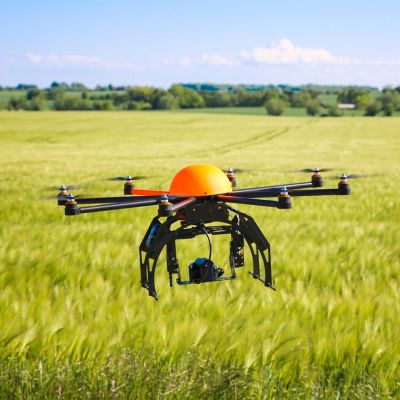