Share
We are exploring ways of increasing resilience to water-related risks for both UK-grown and imported fruit and veg.

Fruit and vegetables are integral to human health, and water is integral to fruit and vegetable production and provision.  As such, fruit and vegetable supply chains are exposed to a range of water-related risks and these look set to increase in the future due to the increasing demand on water resources from the burgeoning global population and concomitant industrial development; the negative impacts of more frequent extreme weather events on production; and the need to reserve water resources to sustain the environment.

For businesses that grow and process fruit and vegetables, a secure and reliable supply of safe freshwater is critical, since its availability determines whether consumers are able to access fruit and vegetables in the quantities and at the quality they want.  Lack of access to freshwater due to drought, increased demand from other sectors or pollution forces businesses to juggle the risk of failing to supply customers against the range of potential risks that they may be exposed to when operating where there is high competition for water.

To reduce the system’s vulnerability to water-related risks, it is necessary to understand these risks from the perspectives of the different stakeholders whose various decisions collectively determine the shape of the system and govern the supply chains within it. Using an interdisciplinary approach that combines agro-hydrological analysis with stakeholder engagement, this project aims to understand how we can increase the resilience of the UK fresh fruit and vegetable supply system to water-related risks.

The supply of FF&V to the UK consumes 550 million m3 of freshwater per year, 76% of which is withdrawn overseas, and the WSF of the UK’s FF&V supply is increasing over time as both the overall size of the supply, as well as the proportion of imports sourced from overseas, have increased:

How are water-related risks perceived by different system stakeholders?  Can we improve our understanding of how to make the system more resilient by working collaboratively?

The project is running two case studies, one in the east and southeast of the UK, and a second in South Africa.  In each case, quantitative and qualitative survey methods are being used to gain insights into how producers perceive and adapt to the water-related risks they encounter, and how they feel the water risks they face are influenced by the actions of others in the system such as retailers and regulators.

Workshops are being run in each country with the aim of bringing together diverse stakeholders from across FF&V supply chains to collaboratively develop strategies for increasing the resilience of the UK’s FF&V system to water-related risks.

Outputs from the workshops and surveys will feed into the development of a ‘serious game’ which will allow stakeholders to unravel the impacts that different actions and decisions may have at different points and for different entities in the system.  This will provide opportunities to experiment with alternative pathways of development for the fruit and vegetable supply system, will help different stakeholders to better understand how they affect, and are affected by, others, and permit insights into how the system could be changed to increase its resilience to water risks and enhance its sustainability in the future.

This project is one of ten in a £13.9 million investment, 'Resilience of the UK Food System in a Global Context', funded by the Global Food Security Programme. 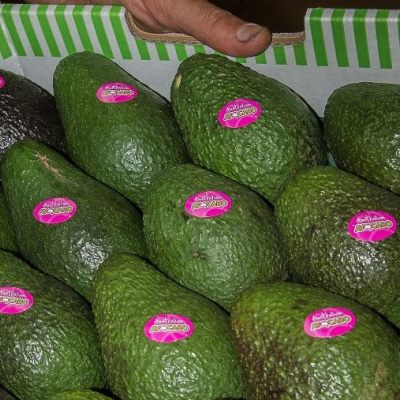 What do healthier diets mean for the water scarcity footprint of the UK fruit and veg system?

Not only what we eat, but where we source it from, has enormous implications