Share
A team of European scientists led by Cranfield has been selected to design an innovative radar space mission which could transform how we understand the water cycle across Europe and Africa.

Cranfield’s G-CLASS mission is one of three candidates currently in competitive Phase 0 (feasibility study) for the European Space Agency (ESA). One of these three missions will be chosen by 2022 for full development, and be launched in 2027-28. G-CLASS proposes a radar satellite which will placed in geo-synchronous orbit with a continuous view of Europe and Africa.

Radar is widely used on satellites in lower orbits, but these satellites give relatively poor coverage of low latitudes (e.g. Africa) and only provide snapshots every few days or weeks. G-CLASS could provide much more flexible imaging and is planned to study the diurnal water cycle – for example the rapid development of intense storms or the change in soil moisture / surface wetness during the day. Its data could help meteorologists forecast intense storms more accurately, and improve the management of water resources especially in drought-prone areas like the Mediterranean basin and Africa.

Figure 1. An overview of the G-CLASS mission concept: a satellite in geosynchronous orbit (near the ring of geostationary satellites) has a permanent view of Earth’s disk and can image when and wherever desired over Europe and Africa 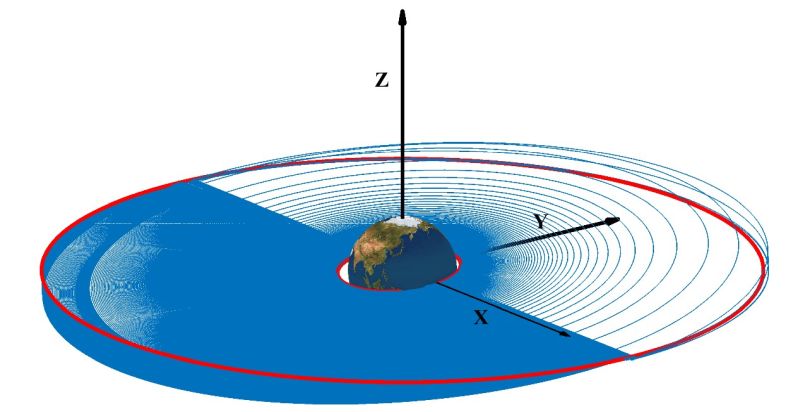 Figure 2. Orbit design is an important part of the G-CLASS mission concept: this image illustrates the proposed low-thrust orbit-raising planned to achieve the final orbit and minimise the mass needed for launch

G-CLASS is one of three mission proposals chosen by ESA from over 20 candidates in September 2018. Its science Mission Advisory Group includes experts from some of Europe’s leading research groups in radar, space engineering, hydrology and meteorology, and is leading the consolidation of the mission concept for review in summer 2020. In parallel with this, two industry teams are starting studies of the mission implementation (1 MEuro each study), and a set of field campaigns are being planned for the next year.

G-CLASS will be discussed at a special session during ESA’s ARSI / KEO workshop which takes place 11-13 Nov 2019, at ESA-ESTEC (The Netherlands). To submit an abstract (by 24 June 2019) or for further details, visit the the workshop website.