Assessment of gold mining in the cocoa growing area of Ghana

Share
Optical satellite images are used to map artisanal gold mining (galamsey) in Ghana, between 2011 and 2015.

Gold and cocoa are the backbone of Ghana’s exports, accounting for more than half of the nation’s exports. But the two activities are in competition for both land and labour: cocoa land is affected by the pollution from mining, and farmers abandon cocoa to look for higher profits from artisanal gold mining, known as ‘galamsey’. Optical satellite images are used to map artisanal gold mining (galamsey) in Ghana, between 2011 and 2015.

Read the published paper on this research project

Optical satellite data were used to map galamsey area and show this has more than tripled from 2011 to 2015, from 13,042 to 43,879 ha. The images demonstrates the growth of galamsey along the region’s river networks (Offin, Ankobra, Birim, Anum, Tano) and the likelihood of pollution via land and water. This included encroachment into protected forest reserves. In 2013, an estimated area of 551,496 ha was potentially affected by galamsey downstream pollution. 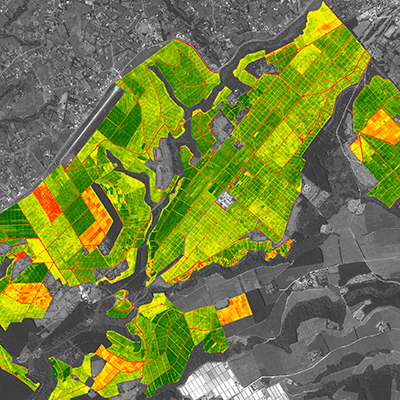