© The Trustees of the British Museum

Scientific analysis by Cranfield Forensic Institute (CFI) has proven that a stoneware dish is a thousand-year-old Chinese Song dynasty treasure, the rarest of all Imperial Chinese ceramics.

On public display at the British Museum as part of the Sir Percival David Collection, the small green-glazed brush washer, long believed to be of Korean origin, is in fact one of under 100 surviving known examples of ‘Ru’ ware.

Following its discovery by Regina Krahl, a German academic researching rare ‘Ru’ wares, the Trustees of the Sir Percival David Collection and the British Museum were determined to get scientific proof of this new attribution and turned to Cranfield University to identify the dish.

Using new hand-held X-ray fluorescence (XRF) technology, CFI scientists were able to detect levels of some rare elements in the porcelain glaze that were consistent only with ‘Ru’ and not Korean wares. Backed up by the stylistic study, this shows beyond reasonable doubt that the dish is ‘Ru’ ware.

Professor Andrew Shortland, Director of Cranfield Forensic Institute, said: “It was a pleasure to be able to employ our analytical techniques on such an important and rare example of Chinese ceramics. There is great potential for art historians, curators and scientists to work together to confirm the attribution of important problem pieces. I hope that this work will inspire further joint projects.”

Hartwig Fisher, Director of the British Museum, said: “This remarkable discovery is the result of the very latest academic and scientific research. It is thanks to this collaboration that experts have shed new light on an incredibly rare Chinese ceramic, revealing it’s history as a highly prized piece used by the Northern Song Imperial Court.”

Colin Sheaf, Chairman of the Sir Percival David Foundation, said: “We are thrilled that this imaginative collaboration between the Museum’s Chinese ceramics specialists and Cranfield’s forensic analysts has reconfirmed Sir Percival’s ground-breaking scholarship nearly 100 years on.”

The dish was acquired in 1928 by distinguished British collector, Sir Percival David in New York, believing it to be an outstanding example of the semi-legendary ware which he had been the first Westerner to identify from old records written by Chinese connoisseurs. However, scholars, perhaps in the 1970s, considered his brush washer to be Korean and the attribution stuck for 50 years until now.

‘Ru’ ware was only made during a very short period between 1086-1125, exclusively reserved for use at China’s Northern Song Imperial Court. Access to the kiln was cut off as armies invaded Northern China and the residue of the court was forced to flee south. For hundreds of years potters tried to recreate the rare northern glaze in the south but it was impossible without the exact conditions that existed in the village of Qingliangsi in Henan.

Cranfield Forensic Institute (CFI) has a long history as a centre for innovation, expertise and strong student community.

CFI was established as the home for the many forensic-related disciplines already active at Cranfield University, including ballistics, explosives, materials science, engineering failures and forensic computing. These were greatly enhanced by the addition of forensic archaeology and anthropology, making Cranfield the only university in the world to accommodate these disciplines within a science and technology faculty.

CFI has become a leading international player in the field known for the best research and postgraduate teaching. We significantly enhance the employability of students by producing postgraduates of the highest quality. Students have opportunities to join existing research teams, study overseas and produce research papers and alumni have gone on to work around the world for a multitude of public, private and government services.

Recent investment of over £7 million into the latest analytical equipment, teaching spaces and experienced and industry relevant academic staff – targeted in the fields of crime scene investigation, digital forensic investigation and especially forensic and archaeological materials analysis – has created a UK centre of excellence with facilities among some of the very best in the world. 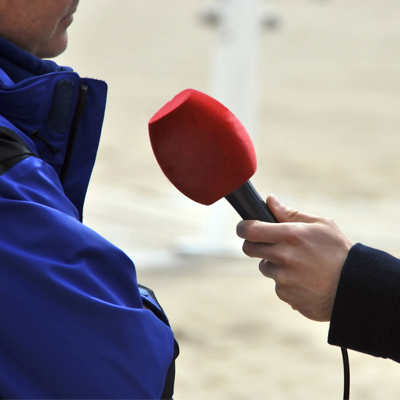