Cranfield researchers have been part of a pioneering project to develop technology that could radically reduce the number of multi-vehicle collisions on motorways.

MuCCA equipped vehicles successfully completed replicas of real-life UK motorway scenarios on test tracks. When the technology in the vehicles detects an incident, the cars share information by radio links, and the on-board computers calculate the best manoeuvres to avoid the obstacles and then safely steer the agreed path to avoid an accident.

Rachel Maclean MP, Minister of Transport, Department of Transport, said: “The potential of self-driving vehicle technology is unprecedented and could help to level up transport across the nation by making every day journeys greener, safer, more flexible and more reliable. The MuCCA project is yet further proof of the UK leading the way in the safe and secure development of self-driving vehicle technology.”

The MuCCA equipped vehicles also avoid each other and remove the need to brake suddenly – which may have caused vehicles behind to drive into them.

Cranfield’s role in the project involved developing the sensor and driving systems of the cars to make them more human-like in their reactions.

Ross Walker, Research Fellow/Engineer in Autonomous Cars in the Signals and Autonomy Group, Centre for Electronic Warfare Information and Cyber at Cranfield, said: “The scope of MuCCA is vital for safe future transportation systems and so we’re thrilled to be part of the project. The University is a pioneer in connected and autonomous vehicle engineering, and we were able to develop computer algorithms that help the cars to react in a more human-like way when avoiding collisions. This can allow any potential accidents to be recognised in advance, and consequently avoided before they have chance to begin developing.”

Connected and autonomous vehicles (CAVs) are expected to become increasingly common on our roads within the next 10 years. There will however be many non-autonomous ‘human driven’ vehicles that will remain for the foreseeable future. In this near future scenario, MuCCA equipped vehicles could take on the added complexity of anticipating the likely behaviour of any human drivers in the vicinity of an incident.

Icaro Bezerra-Viana, Research Fellow in Autonomous Cars in the Signals and Autonomy Group in the Centre for Electronic Warfare Information and Cyber at Cranfield, said: “Computer simulations enabled us to model how human drivers behave on motorways, and how the proximity of surrounding cars influences their behaviour. The movement of the cars that surround a vehicle over the next few seconds can then be predicted in order to avoid a collision. Being part of the MuCCA consortium and working with partners has enabled us to learn more technically and work together to find the most appropriate solutions.”

Although the UK has some of the safest roads in the world, around 4,500 accidents still happen on UK motorways each year, contributing to 1,700 annual deaths and over 22,000 serious injuries. Incidents on the motorway network also cause delays and congestion which can have a serious economic impact on UK businesses, costing around £8 billion a year according to estimates.

The project was funded by Innovate UK and the Centre for Connected and Autonomous Vehicles (CCAV), and delivered by a consortium led by Applus IDIADA with Cranfield University, Westfield Sports Cars, Cosworth, SBD Automotive and Connected Places Catapult. 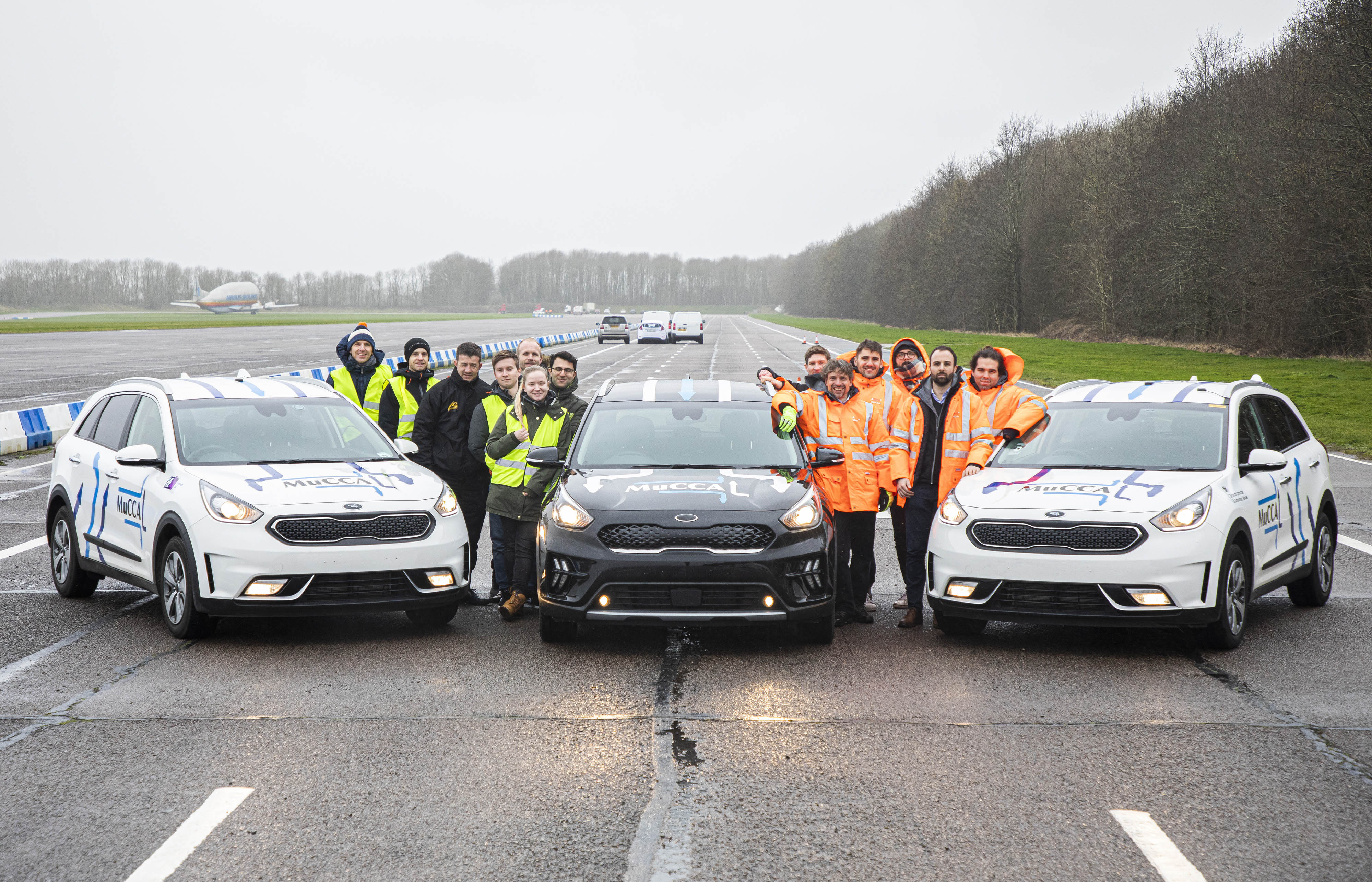