Transport Secretary Grant Shapps visited Cranfield University to call on the aviation industry to “take the lead” in launching a “green transport revolution”, in a speech delivered today.

Setting out his vision for aviation, while addressing industry experts at the University, he said: “We need to get to grips with commercial aviation greenhouse gas emissions for the sake of our children and our fragile environment.”

However, he added: “With aviation set to grow significantly over the next three decades, largely driven by rising demand from emerging markets, particularly Asia, the Middle East and India, I want to pave the way for the transition towards commercial use of cleaner electric planes. I want to create an electric revolution in our skies.”

He added that the Government is committed to helping the UK aviation industry seize future growth opportunities following Brexit: “Just as the UK led the world as a pioneer of international commercial flight in the twentieth century, I want the UK to become a hotbed for the design, manufacture and use of electric planes in the twenty-first century and to seize a share of a market that could be worth £4 trillion globally by 2050.”

Speaking of his ambitions as Secretary of State for Transport and his vow to battle climate change in his role, Mr Shapps said: “The fight against climate change is the greatest and most pressing challenge facing the modern world. The world’s first ever jet airliner was built in my own constituency, now I want to see the UK lead the world with electric flight too.”

The Transport Secretary saw many of the research projects currently underway during his visit. Specialising in technology and management, Cranfield is well known for the development of many aspects of aircraft research and design. A Cranfield University alumnus, Ralph Hooper, had a role in developing the Harrier Jump Jet and Cranfield Aerospace Solutions is working on what could be the first electric-only passenger flight, due to be operational in the Orkney Islands in Scotland from 2023.

The Secretary of State also visited the ‘E-Fan X’ hybrid electric aircraft which is a collaboration between Airbus and Rolls-Royce based at the University’s global research airport.

Professor Sir Peter Gregson, Vice-Chancellor and Chief Executive of Cranfield University, said: “There is a tremendous opportunity to bring academia, business and Government together to create an environment where the UK leads the world in the practical deployment of electric-powered aircraft and I welcome the Secretary of State’s commitment to this.

“We are delighted that our global research airport at Cranfield, together with our industrial partners, is helping the dream of electric flight become a reality.” 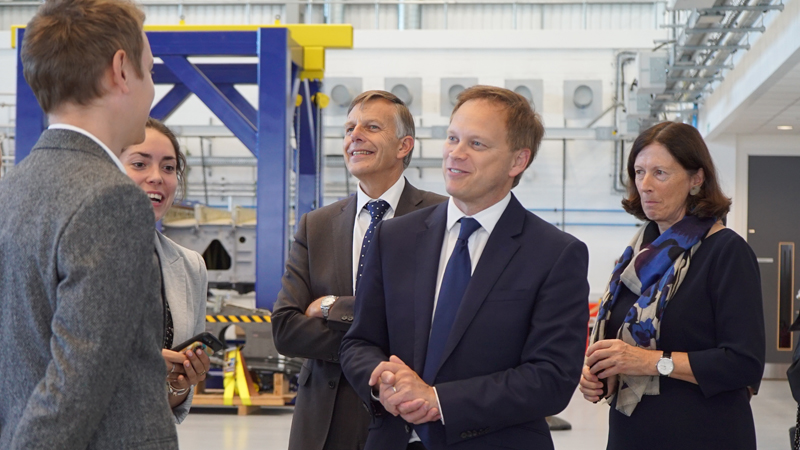 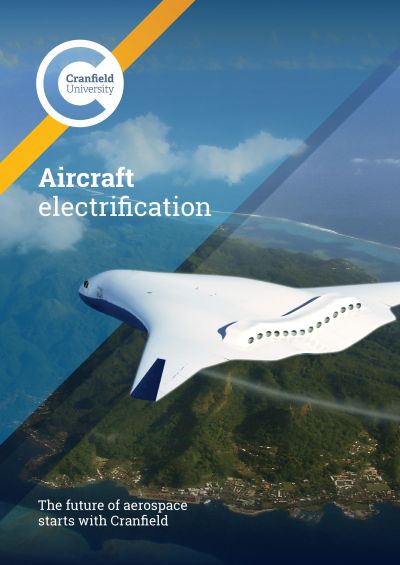