Carol Vorderman, TV host and honorary RAF Group Captain, flew into Cranfield Airport on Monday for a short visit to the University.

The former Countdown mathematician, who holds a pilot’s licence and owns a twin-propeller Diamond DA42, set off from Cambridge International Airport in the University’s Slingsby T67 Firefly and made the short journey to Cranfield Airport.

Carol visited a number of facilities on campus, including the Cranfield Aerospace Solutions G-cueing technology, which provides an immersive and high fidelity ‘feel’ to the real flying experience, the autonomous 1965 Ford Mustang that was modified by Cranfield engineers and had demonstrations of the digital wind tunnels by the University’s Aerospace students.

The tour also included a visit to the University’s National Flying Laboratory Centre (NFLC), the unique academic facility which is home to the flying classroom and engineering laboratory.

Speaking about her visit, Carol said: “I had always heard about Cranfield but had little appreciation of how enormous and advanced the research at the university is. It really is incredible.“

Professor Iain Gray, Director of Aerospace at Cranfield, said: “It was fantastic to welcome Carol onto campus. She is such a powerful advocate for aviation and getting young people interested in STEM subjects.

“I was delighted to show her the work that Cranfield University is doing to reimagine the future of aerospace and aviation." 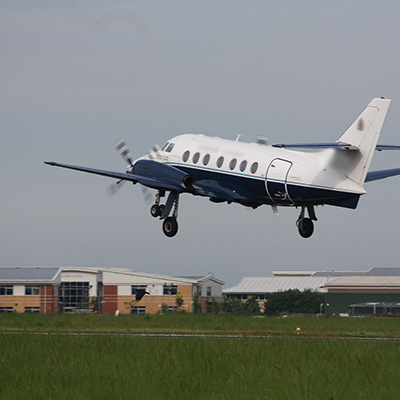